With 28 declared Republican presidential candidates competing for that one job, winning the GOP party nomination should prove a tough interview process. For the hopefuls, raising money is very important, but campaigns aren’t just about appealing to big donors and building a campaign war chest. The real heavy lifting for the candidates is the other thing — convincing the American people that they are the right person to lead our country through the next four perilous years.

While Donald Trump’s bizarre hair and ridiculous, hateful comments made headlines and added some levity to the lengthy campaign process, there are also serious candidates vying for political points in the run-up to the July 2016 party convention. First, one has to get the nomination over the nearly 30 competitors, but afterward, what will the others do with the rest of their time?

While every candidate is not suited — nor has a realistic shot — to become the next President of the United States of America, all are high-achieving, intelligent individuals who can make a significant contribution to this country in other ways. Here, then, are the best job matches for 10 of the Republican presidential candidates when they don’t win the nomination next year.

As an ophthalmologist, Paul has honed his skills of precision and is a stickler for details. He’s precise, won’t miss a penny and will make sure all the bills are paid on time. Because of these qualities, the Kentucky senator should work with numbers — but not tax policy — probably at the Congressional Budget Office, which is responsible for providing members of Congress with budget and economic information.

The Texas senator is a lawyer and former solicitor general for that state, so Cruz can can be counted on for his thoughtful legal opinions. He also served as an advisor to former President George W. Bush on several matters, including immigration. Therefore, he would make a great head of the Department of Homeland Security or one of the agencies it oversees — the U.S. Citizenship and Immigration Services, U.S. Immigration and Customs Enforcement and U.S. Customs and Border Protection.

This former Arkansas governor, Baptist preacher, evangelical and morally motivated man would make a fine military leader. Because Huckabee is cautious by nature and not afraid to take unpopular positions, he likely wouldn’t spend American lives carelessly in battles.

As a boring-yet-effective leader, the former New York governor would make a good Internal Revenue Service (IRS) tax wonk who would dutifully bury his head in forms. I hereby then nominate Pataki as the next Commissioner of the IRS.

Since the government doesn’t need an auctioneer and a town crier is obsolete, Christie’s no-nonsense style would make for a fine FBI director. The New Jersey governor doesn’t take any crap and would go after America’s worst and most-wanted criminals with incredible vigor.

The current governor of Louisiana began his career in public service as that state’s director of the Department of Health and Hospitals. He was later appointed as a principal advisor to the U.S. Secretary of Health and Human Services. Because of this experience and his doctor-like wonkiness, Jindal would make a great public health official directing that agency.

Because Santorum is devoutly religious and continues to work to promote religious freedom, the former Pennsylvania senator could contribute by being named ambassador-at-large within the Department of Sate’s Office of International Religious Freedom.

The billionaire’s expertise is in building businesses, but he’s also a genius of self-promotion. The Donald would be assigned to either the Small Business Administration to advise entrepreneurs on how to build their companies or the Broadcasting Board of Governors. He would also be excellent at the latter agency because it promotes American ideals around the world.

The three-term Texas governor is not only known for his conservative views, but also his rugged good looks. He’s passionate about his positions and won’t back down easily, so these qualities could project an image of American power overseas. Perry then would make a fine U.S. ambassador or diplomat.

Graham’s middle-of-the-road Republican views and steady, deliberate style of leadership would make for a fine Secretary of Education. As a member of the South Carolina legislature, House of Representatives and Senate, Graham knows the fundamentals of government. As a trained lawyer and U.S. Air Force man, he also knows that the fundamentals of discipline can take you great places in life. 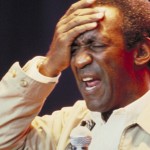 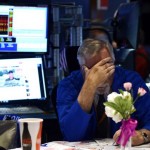