So her name is Daisy Keech (no relation to Stacey, I think).  And because I now know her name, I’m even more sure that I’m old.  But why?  Because she is an Instagram Star.  So why is she an Instagram star?  Well, I guess because she’s hot.  Well, she’s 19-years-old and hot.  But with kids these days, there’s now also social media.  And some of these kids love being up front (or out back, as it were) with their youthful wares on social media.  Daisy is a teen and has what many consider to be a spectacular derriere.  But no, that’s not a dog breed.  That’s a fancy word for a nice rear.  But her nice rear is so nice it’s made her a star on Instagram.  But some think it’s so damn nice that it must be a fake!

SOME THINK HER CHEEKY STARDOM IS TOO GOOD TO BE TRUE, SLAP THAT FAKE ASS

So yes, we are talking about a young woman who’s stacked in the back in a good way to such a degree that some are saying her stardom is a total, visual fraud.  Did she have some artificial work done to make it seem even more bubble perfect and firm?  Or is she playing games, enhancing her photos to make her back look more packed?  Well, Daisy is indeed a Daisy and has maintained that everything you see is what is there for your fantasy to get.  In other words, her butt, bottom, bum and derriere are totally real.  Daisy has got her own back, in other words.  Haters are totally wrong, and she’s willing to prove it!

SO HOW DOES A TEEN CERTIFY HER DERRIERE IS REAL? SHE GETS HELP FROM A POPULAR PLASTIC SURGEON

So how do you get the proof in this pudding?  Well, the legal teen in every state asked the famous Beverly Hills plastic surgeon, Dr. Ashkan Ghavani, for help to prove the boon this fantastic spoon.  So she released a video on, of course, Instagram to do just that.  SO on the video, the doctor does indeed confirm that his examination of both cheeks confirms no one has tampered with them in any way medically.  He said, “She has 19-year-old tight tight skin and she does hip thrusts, she actually eats meat and a well-balanced diet and does bulk muscle training. All of this points to the fact that it’s a real buttock.” 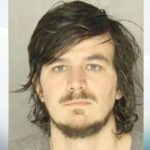 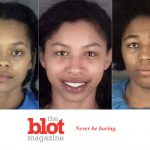