The summer months mean athletic shorts, linen pants and a ton of visible penis lines (VPLs). For this brief but wondrous time, there’s only a thin piece of fabric separating you from the full Monty. You’re bound to look, but what are you actually seeing? Let me and my team of penile anthropologists at the Dick Lab provide you with an insight into the various species of peen while celebrating some of the most famous bulges in Hollywood.

Jon Hamm is blessed. He has amazing good looks and insane dramatic and comedic acting talents to boot. But apparently, his trouser snake also wants to share in the spotlight (or it’s hunting J. Lo, Ice Cube or the blood orchid). Either way, Hamm’s endowment from Mother Nature has become a conversation topic. In an interview with Rolling Stone, Hamm said, “Most of it’s tongue-in-cheek. But it is a little rude. It just speaks to a broader freedom that people feel like they have – a prurience. They’re called ‘privates’ for a reason. I’m wearing pants, for fuck’s sake.” Now, sure, as an actor you want to be respected for your talent, but when your peen is fighting its way through cargo pants or 1950s-era costumes, clearly it’s bound to start an eye-opening conversation. Besides, Hamm should just embrace it like Michael Fassbender did. Speaking of …

Michael Fassbender has shown us his gift from God a few times. Most memorably, it made an appearance in his 2011 film “Shame.” As the name would suggest, Fassbender’s piece of hardware could wreck your vagina … or other innards. Plus, like the character from “Futurama,” it’s big enough to have personality and a drinking habit. Plus, given Fassbender’s edgy roles, his notable potable is likely to be as intense as its owner. Either way, it’s sure to make an impression.

The Twig and Plums

Matthew Lewis played an ugly duckling in the “Harry Potter” films. Once the franchise ended, he knew he needed to shake up his image, so he did a memorable photo shoot to show just how hot he really is. However, the Internet wasn’t quite ready for the immense weight of his coin purse. You’ve heard of the twig and berries. But upon further analysis, it’s clear Lewis has a normal-sized twig but plums rather than berries. Scrotal enthusiasts can relish in his crystal balls. It’s also become clear why Neville Longbottom liked Herbology so much. There must be a whole lot of pruning … and wand polishing.

The Helen Of Troy

We’ve been Waburgled by Mark Wahlberg. His package can best be defined as the crotch that launched a thousand bad Southie appearances. One of the biggest cons in Hollywood is that Wahlberg is an in-demand actor. Sure, he’s great if the role calls for a goon from Boston because he is a goon from Boston. It isn’t so much acting as talking with feeling, but we can’t deny we were all galvanized by his gargantuan bulge in his memorable Calvin Klein ads. But if it weren’t for these ads, the man formerly known as Marky Mark could have gone the way of the “Jersey Shore” cast. After all, the only thing separating him from those meatheads is a some East Coast roadway and a song featuring R&B diva Loleatta Holloway. It’s clear Wahlberg’s still giving people some “Good Vibrations” — but he also stuck us with “Entourage.”

As the name would suggest, this large piece is attached to a hilarious comedian. Chris Pratt has always been cute, but his delicious, or maybe gluten-free body transformation for last year’s “Guardians of the Galaxy” turned him from second-fiddle funnyman to box office behemoth. It’s given that we won’t get to see Chris’ Pratt in “Jurassic World,” but if you look closely, you might see it bouncing up and down while he’s running with velociraptors.

Remember “Sex and the City: The Movie?” It’s probably been a while, but one of the most memorable appearances was from Gilles Marini’s obscenely large peen. It was so quick and so massive you might have thought it was a mirage. Luckily, it lead to a ton of work for Marini, and he’s done everything for sitcoms like “2 Broke Girls” to teen dramas like “Switched at Birth” to “Dancing with the Stars.” As much as we’d love to be dancing with his south-of-the-beltline supernova, we’re glad that he’s working. But given how little we’ve seen of him, we can’t help but wonder if it was a case of “Inception” or did we actually see it out in the open?

To borrow a quote from Christina Ricci’s character in “The Opposite of Sex,” “It’s survival. Cute, stupid people survive, have lots of cute, stupid babies who also survive. It was like watching evolution at work …” No offense to Jared Leto, but his first notable role in Hollywood (“My So-Called Life”) proved he is so beautiful he doesn’t even have to well-read to be boyfriend material. He’s recently taken to grabbing his mammoth member during shows with his band Thirty Seconds to Mars. It figures that someone with such scientifically stunning features would also have an eye-catching one-eyed monster. Either way, he’s bound to get your biological clock ticking faster.

Idris Elba is a classically trained, classically handsome actor. He also has such a titanic tallywhacker that it looks like it has an extra joint. It’s clearly not the secret to his success, but it’s enough to definitively prove the source of his dynamism and internal reserves of confidence. It also tests the limits of high-fashion tailoring. Now, we may never see his second head hulk out and rip through his Tom Ford suit pants, but we can relish giving attention to the tension in his trousers. Acting-wise, he’s a class act, but when you look below the belt, you may have nothing but impure thoughts.

In the wilds of the world, you may not want to stare at these specimens and should definitely not touch them without consent. But luckily, these celebrity varieties are available for your purview on the ‘net, so like the commercials say, “Enjoy responsibly.” 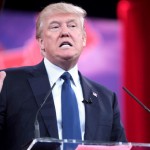 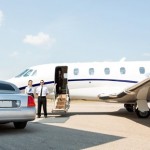