So first off there were 3 naked ladies at a rest stop in the state of Florida.  Or is that just the state of Florida?  But if it is, I clearly need to go there.  But wait, this doesn’t have a juvenile happy ending by any means.  This is like Thelma, Louise and… my other sister Louise.  Anyway, someone spotted the 3 ladies sitting in their natural state.  But for whatever Patrician reason, they called the police on the naked female resters.  So I, for one, totally understand that sitting naked in a group at a public rest top isn’t a great idea.  But the situation seems funny.  But then the 3 ladies showed even worse judgement when the police arrived.

POLICE SPEAK TO 3 NAKED LADIES, CLOTHED, BUT LADIES TOOK OFF

So Pasco County police officers arrived at the scene off Interstate 75 and did indeed find them sitting together in the nude.  But the 3 ladies did have the common sense to put their clothes on when police arrived.  So there’s that.  The ladies told police that they were just “air drying” themselves after they had showered at the scene.  They had been staying at a relative’s house.  But they left after some argument.  So having nowhere else to shower, the 3 ladies did so at the rest stop.  So sure, OK.  But then they got into their 2009 Nissan Sentra and left before the police were finished speaking with them.  That’s a real big no-no.

RESISTING ARREST, ASSAULT WITH A CAR, AND A PINK BAT, BUT ALL CLOTHED

So the police found them at a convenience store parking lot.  One officer tried arresting one of them as she left the store.  But one of the ladies then drove their car, seemingly at the state trooper!  That’s where this went totally off the rails.  So as that happened, the 3rd lady jumped out of the car and tried to hit the trooper with a baseball bat.  Sorry, make that a pink baseball bat!  The 3 ladies then took off again at high speed.  But eventually, police managed to finally stop them using spike strips.  Troopers then shot the 3 ladies with Tasers, arrested them and took them to Pasco County Jail.

So look at those pics and remember them if you do online dating in Florida.  They are Oasis Mcleod, 18; Jeniyah Mcleod, 19; and Cecilia Young, 19.  But there’s a good bet they won’t be available for a bit of time.  Thank you, Florida! 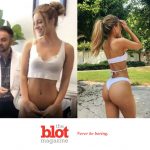 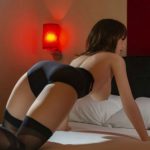