Walking alone to kindergarten. Riding in the back of a pickup truck. Playing outside without supervision.

My childhood is now illegal. Never mind the things that parents used to let their kids do, which are now getting them arrested. Today, silly things that kids do all on their own, like food fighting in the school cafeteria or doodling on a desk, are Signs of Future Serial Killers and Must Be Nipped in the Bud.

In this zero-tolerance climate, a depressing number of grade-school boys have been suspended for pointing their fingers in a gun shape and pulling imaginary triggers. Here is one example, but there are many more. It’s only a matter of time before students start getting thrown out of school for singing “threatening” songs.

Sadly, it turns out they already have. In 2006, Beth Anne Cox, 16, sang the wrong kid version of “On Top of Old Smokey” in German class. She was suspended from school for five days. She sang:

Was she singing it in a menacing, creepy manner, the way young Hannibal the Cannibal sings the nursery song “A Man Stands in the Woods” in the 2007 movie “Hannibal Rising?” Cox’s explanation was that the tune had been stuck in her head, and she’d been humming it all day. When a friend asked her the words to the song, she sang him the parody version because who remembers the original lyrics? (Seriously. Try to remember them.*)

Here’s the G-rated parody version that I used to sing:

I loved meatballs with a passion. In my kid brain, this song was the stuff of Great Tragedy. The saga of that lost meatball had the emotional power of Shel Silverstein’s 1976 picture book “The Missing Piece,” the story of a rolling circle missing a wedge, and I would bet dollars to donuts that Silverstein sang the “meatball” song as he wrote it.

My boyfriend John learned the “grenade” version and got in trouble in sixth grade for singing it on the bus to his school. The teachers found out from the bus driver. They said these songs “hurt their feelings,” and the entire busload of kids was given a stern talking to. John also thinks they all got detention, but they definitely weren’t arrested or suspended. He still bellows out this song when he’s working on legal papers at home. It puts a big grin on this face.

Ironically, today’s jaded teens find the “grenade” lyrics old-fashioned and quaint, because “only old farts sing songs like that” (this being a direct quote from an actual 16-year-old boy, complete with the dreaded eye roll.) On their iPods in school, they’re listening to playlists like this, which merely highlights the absurdity of administrators freaking out over mildly subversive songs that little kids have been gleefully singing since forever.

So, to acknowledge the social death of the violent kid parody song, here’s a short list of classics that will probably get you suspended if you sing them out loud in school. Don’t teach them to your kids.

“We three kings of Orient are
Smoking on a rubber cigar
It was loaded and exploded …
BANG!
Now we’re on yonder star”

“Rudolf the Red-Nosed Reindeer
Had a very shiny gun
And if you ever saw it
Most folks recommend you run
All of the other reindeer
Used to laugh and call him names
They never let poor Rudolph
Join in any reindeer games
Then one soggy Christmas Eve
Santa came to say,
‘Rudolph with your gun so bright,
Won’t you shoot my wife tonight?'”

“Heigh-ho, heigh-ho
It’s off to school we go
With razor blades and hand grenades
Heigh-ho …”

5. “The Battle Hymn of the Republic” (aka “Glory, Glory Hallelujah”)

“Glory, Glory, what’s it to ya?
Teacher hit me with a ruler
So I met her at the door
With a loaded .44
And that teacher don’t teach no more!”

* Here are the original lyrics to “On Top of Old Smokey:” 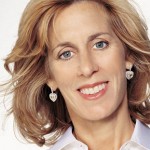 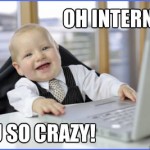