If you are really a fashion follower and lover, you, of course, have heard of model names like Iman, Lauren Hutton, Paulina Porizkova or Christie Brinkley. They are some of the models who helped create the “supermodel” era from the ’80s that was very much cemented by the British Vogue January cover featuring Linda Evangelista, Naomi Campbell, Cindy Crawford, Christy Turlington and Tatjana Patitz in 1990.

As a result of that fervor, female models became so strong and powerful in the fashion industry — who doesn’t know who Gisele Bündchen is? She’s the most well-paid female model ever, but do you know the name Alex Lundqvist? He is the No. 1 male model in the world. You are forgiven if you thought that Tyson Beckford was No. 1; after all, Tyson is perhaps the only male model most people can recognize. Will all respect, let’s not bring Fabio Lanzoni into this discussion.

In the documentary “(UN)Glamorous: The Naked Truth About Male Models,” Pedro Andrade of Fusion sheds a very informative and educational light on the reality faced by male models trying to hit big in the industry. Andrade, who is Brazilian and has beautifully made a transition from modeling to journalism, is the perfect insider to bring a serious side to a demanding and very-competitive career.

“From the very beginning, I wanted to find guys that were able to tell a bigger story than their own. In another words, they needed to represent a number of other guys out there who are going through the exact same thing,” Andrade replied when TheBlot Magazine asked what criteria he used to select the faces used in the documentary. “I modeled myself, and back then, I developed some amazing personal relationships with people like Jeff Kolsrud, Natalie Kates and Taylor Hendrich who nowadays are power players in the fashion industry. They were kind enough to offer me help and insight when it was time to pick who the perfect guys for this documentary were.”

Andrade shared with TheBlot how the models are portrayed in his documentation as living a very-luxurious perceived life in a career with a very short longevity, especially for men.

“Cameron Kessling was born and raised in a trailer park, and all of a sudden, he went from a small town in Georgia to NYC, and right after, he was walking for Givenchy in Paris, and shooting with Steven Meisel for the cover of Vogue Italy. Regardless of the debt he may have found himself in, in my eyes, this is a success story,” he said. “Modeling was a platform for him to discover a world he would otherwise never discovered.”

Other models who took part in “(UN)Glamorous” have similar stories. Clark Bockelman, for one, became the face of Calvin Klein after a chance encounter with a scout at an airport. Malik Lindo used to work at McDonald’s before he moved to New York, where he “shares an apartment the size of a parking space with another model,” Andrade said. “People watching the documentary might not relate to these situations, but most people will relate to what these kids are feeling. We have all gone through struggles, we have all gone through victories; we’ve had good days; we’ve had tough times; and in the end, that’s what I wanted — for the viewer to put his/herself in their shoes. Feel their pain and be happy for their accomplishments. When it comes to an industry that revolves around ‘blue-eyed icons with six-pack abs,’ humanizing these models of perfection was my No. 1 goal.”

With a simple and effective direct language, “(UN)Glamorous” can hold your attention from beginning to end, and there is no question that Andrade’s film can and will help a lot of young people to make a more secure decision before entering the modeling market. “Find a legit agency you can trust. Learn how to take criticism. Work on your appearance, but don’t forget about also feeding your brains.” Andrade urges wannabe models. “Always treat everyone with respect — well, that is in life in general. And be aware of the fact that this career has a clear expiration date; take advantage of the opportunity, but keep an eye on your next step.”

And because Andrade, this young, smart journalist/author who was once a model, is so passionate about this cause, I had to ask him what he would like to change in this industry if he could do so.

“It’s a tough question because the essence of modeling revolves around vanity and a certain dose of superficiality,” he began. “I am not saying all models are vain and superficial, though. What I am referring to is the fact that recently, there has been a positive change when it comes to this world accepting more types of beauty. Whether it’s plus-size models, transgender models, biracial models, you name it. For the first time, we see people that wouldn’t be considered beautiful a decade ago starring on relevant ad campaigns. Nowadays, it is not rare to find models with unique characteristics like vitiligo and brands like Dove, for example, seeking beauty on the every-day average woman. That’s the primary change I’d like to see in the industry, and honestly, it has already started.” 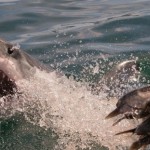 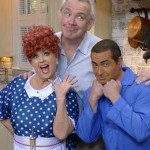