Despite all of the allegations and recent testimony made public, why isn’t Bill Cosby going to jail? The answer is the statute of limitations.

We will never know exactly how many women the not-so-funny-anymore comedian Bill Cosby raped. Many accusers are still stepping forward, but others will be too scared to tell. Thank you, Associated Press (AP), for your fight to obtain documents from the 2005 deposition of the sexual abuse lawsuit filed by defendant Andrea Constand. Had it not been for you, AP, those court records might’ve remained sealed forever.

Now that cat named Cosby is out of the bag, he is looking more and more like a stone-cold sociopath. At this point, I’ve gotten over how far this former funny man has fallen from grace. The damning facts are likely to put Mr. Pudding Pop into a world of legal battles. Good.

Q: When you got the Quaaludes, was it in your mind that you were going to use these Quaaludes for young women that you wanted to have sex with?

Cosby settled the Constand case in 2006, but unfortunately the terms have not been made public. Cosby’s lawyers had argued that their client was not a public figure. Ha! And it was Cosby’s own words that led to his latest undoing. Federal judge Eduardo C. Robreno decided to unseal the 2005 case because the “Defendant has donned the mantle of public moralist and mounted the proverbial electronic or print soap box to volunteer his views on, among other things, childrearing, family life, education, and crime.”

At last count, 45 women have come forward to make allegations of sexual abuse against Cosby. Those women can’t all be lying; too many similar stories have surfaced. And the details of each accusation contain scenarios that are different enough to be believable. This is not some weird conspiracy to bring Dr. Huxtable down.

Read More: IS BILL COSBY A SERIAL RAPIST? AND WHY DON’T VICTIMS TELL?

I was raped at 13 and too terrified to tell. Hanging out one night in junior high with classmates, I had a little Bacardi rum to drink and a few hits of pot. Perhaps the boys who pinned me down were drunk, but they were sober enough to put their heads together and plan the attack on me. Of all the boys, the one that was my good “friend” called me over. He said he wanted my advice about a fight he’d had with his girlfriend. I was flattered and skipped over.

The other three boys came from behind a tree (there was a fourth boy, but I can no longer remember his face or his name). They knocked me to the ground, pulled my pants and my underwear down to my ankles. Then they held down my arms and legs as they took turns putting tongues, fingers and penises into my orifices. I tried to scream, but hands were clamped over my mouth. They made fun of me, laughing while they hurt me. When they stopped, I was left on the ground. After I got up to pull my undies and pants back on, I ran in a circle, round and round, faster and faster, screaming, “Noooo!” One of the boys yelled, “Man, this chick is crazy. Let’s go.” But before they ran off, they laughed at me some more.

Many years later, a therapist described the running in circles as a misfiring of the brain’s fight or flight activation, which was a huge relief that I wasn’t “crazy.” At the time, I was afraid no one would believe me if I told. I was even more afraid that I would be ostracized for being a rat. There was no Olivia Benson from “Law & Order: SVU” to hold my hand through a court hearing. I also blamed myself for being stupid and for wearing the sexy shirt my mom had forbid me to wear. My shame was overwhelming, and I went the way of many rape victims, I amped up my use of drugs and alcohol and tried to forget it ever happened. Not a response I recommend.

I feel for all of the women who have come forward to speak out against Cosby after so many years have gone by. I’m sure they have received hate mail and criticism. When I told my story publicly, 35 years after the fact, I got hundreds of letters and phone calls of support. But my abusers weren’t beloved icons. Only a small percentage of the comments I received included reprimands that I should’ve told. Those few said it was my fault if those boys raped any other women. Thankfully, less than five people who responded to my public announcements called me a liar, and those that did are still friends with the boys who turned into the grown men. It’s very difficult to think that your friends are capable of such violent acts.

A handful of hometown girls phoned after I told. They guessed who the boys were — even though I hadn’t publicly named names. They told me the same thing happened to them, and they thanked me for being so brave. So, yeah, as an adult I can look back and wish I’d told at the time, but instead I chose to feel compassion toward that terrified little girl.

A huge thanks goes to Hannibal Buress. He is the comedian who brought the past rape allegations against Bill Cosby into the current consciousness last fall. He did it in a joke mocking Bill Cosby’s holier-than-thou moral pulpit:

“… Bill Cosby has the fucking smuggest old black man public persona that I hate. Pull your pants up, black people.* I was on TV in the ’80s. I can talk down to you because I had a successful sitcom. Yeah, but you raped women, Bill Cosby. So, brings you down a couple notches. I don’t curse on stage. Well, yeah, you’re a rapist, so, I’ll take you sayin’ lots of motherfuckers on “Bill Cosby: Himself” if you weren’t a rapist. … I want to just at least make it weird for you to watch Cosby Show reruns. …I’ve done this bit on stage, and people don’t believe. People think I’m making it up. …That shit is upsetting. If you didn’t know about it, trust me. You leave here and Google ‘Bill Cosby rape.’ It’s not funny. That shit has more results than Hannibal Buress.”

Buress has become a well-known name and his career skyrocketed ever since that two-minute joke. But now Buress is trying to distance himself from being the guy who called Cosby a rapist. He has received death threats. His new series “Why? With Hannibal Buress,” premieres on Comedy Central Wednesday, July 8. I hope it’s a big hit.

* In a 2008 interview with the Chicago Tribune, Cosby said, “We missed out by not immediately saying things like: ‘You know, these young boys are wearing their pants hanging off their rear ends with no belt.’
We never said, ‘Boy, pull your pants up and stop this stuff.’ Instead we glorified the rappers and their videos and their low-slung pants.”

If you need cheering up, watch Amy Schumer: 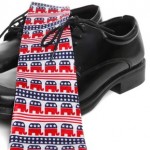 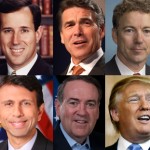