50,000 SALMON ESCAPE IN TASMANIA, AND ZOOLOGISTS SAY IT STINKS TO HIGH HEAVEN

So salmon is some damn fine eating, if you ask me.  Even people who say they hate eating fish, often eat salmon.  And while there’s a big difference between farmed salmon and ocean salmon, there’s an even bigger difference in price.  But depending on what farm they come from is a big factor, too.  But I had no idea that there were salmon farms in Tasmania.  Yes, like the devil.  But I suppose it makes sense.  Farm them here, instead of paying a premium for shipping.  But they just had an accident over there in Tasmania.  50,000 of them escaped into the wild.  And zoologists are pretty seriously concerned.

Read More: It Must Be Road Rage, As Man Clings to Hood Doing 70

A FREAK ELECTRICAL FIRE MELTED SALMON ENCLOSURE, AND AWAY THE 50,000 WENT

So yes, that number you’ve read already (fishy pun) is really 50,000.  But no, these salmon didn’t escape like in the Finding Dory movie.  There was a leak and the fish just went along for the ride.  So what happened is, there was a mysterious electrical fire at a commercial fish farm, owned by Huon Aquaculture.  The fire literally melted thru a section of one of the enclosures holding the fish.  And 50,000 locally grown salmon scooted on out.  And we’re talking some seriously big fish, here.  Many of them weigh as much as 9 bloody pounds.

Huon Aquaculture tried to play it cool as a fun accident, calling it a “joyful experience for local fishers.”  And sure, a lot of people went out to the local waterways to hook them some prime salmon.  As they should.  Each fish can net as much as $100.  Each.  Fish.  Local seals also got in on the action, which is a good thing.  Here’s why.  Zoologists are very, very concerned about the salmon operating as an invasive species.  Tasmania is home to a number of very unique ecosystems.  But also delicate ones.  And if these salmon escapees are able to breed, this could be a problem for years.

So cross your fingers that these salmon don’t stink it up for all the local flora and fauna.  Because they could be like kudzu, except kudzu that kills every other plant.  Sushi, anyone? Well, $5,000,000 worth of sushi. 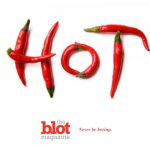 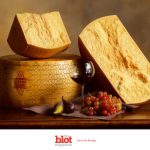