DOCTORS AGAIN DECLARE SOMEONE DEAD, PUT IN MORTUARY FREEZER FOR A DAY

So this is getting pretty ridiculous.  We keep seeing these stories about people that doctors declared dead who weren’t yet dead.  And now there’s another one?  But this one doesn’t have a happy ending by any means.  So this time, the story is from the Tamil Nadu state in India.  A 74-year-old man, Mr. Balasubramanyam, went to the hospital last week for causes unknown.  But whatever was wrong with him, it was pretty serious.  So much so that doctors declared him dead.  But the problem?  He wasn’t.  And then they mistakenly put him into a mortuary freezer.  Alive.

So how did anyone realize that Mr.  Balasubramanyam was still alive?  It’s pretty sad and tragic.  The next day, undertakers came by to collect his body for his funeral.  But when they saw him, he was shaking from the cold mortuary freezer.  Alive.  They took him to another hospital for treatment.  But died three days later.  So think about that just a little bit.  An older man goes to the hospital and doctors declared him dead.  But he wasn’t dead.  How does that keep happening?  All over the world?  Don’t medical professionals know how to distinguish the living from the dead?

Related: Eating Black Licorice Every Day Can Kill You

HOSPITAL OFFICIALS DON’T EVEN KNOW EXACTLY HOW LONG MAN WAS IN MORTUARY FREEZER!

But because these doctors didn’t, this poor man suffered an entire day in a freezer.  And then it took him 3 long days to finally (really) die at another hospital.  So what did he die of?  Well, lung related issues.  I can’t imagine how an older person would have lung related issues after being in a freezer for an entire day.  Well, most of a day, regardless.  Somehow, people at the original hospital don’t actually even know how long he was in the mortuary freezer.  Really.  And so far, no one is responding to the media about what happened, or how. 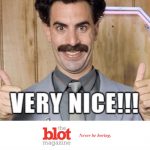 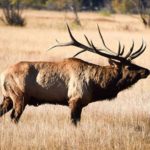