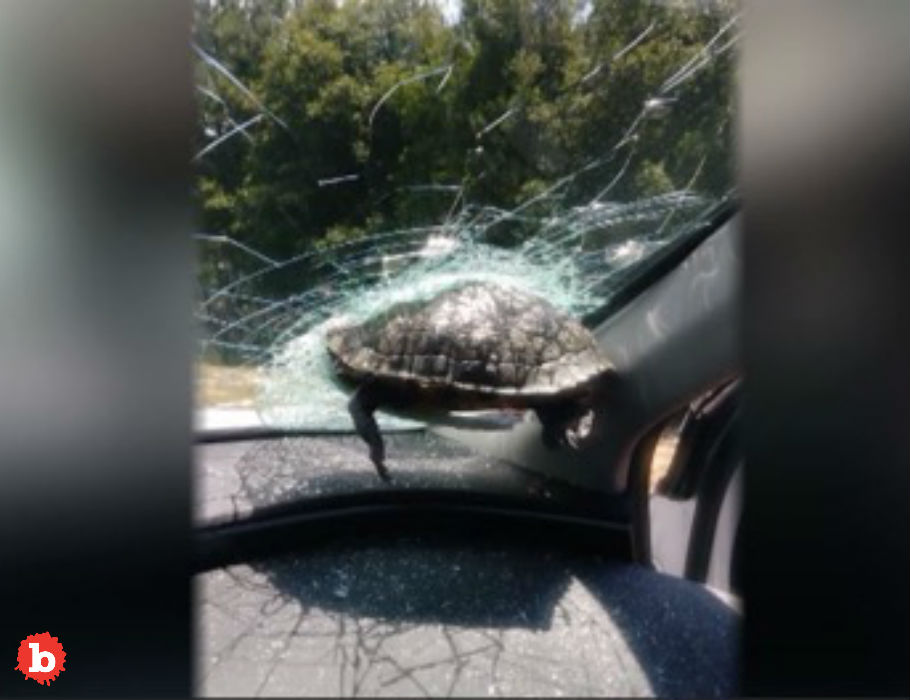 Usually, you want to see the disclaimer that no animals were hurt.  But this isn’t one of those times.  I mean we’re talking about a flying turtle.  Yes, a flying turtle.  In Savannah, Georgia, no less.  A resident and her brother were driving north on Harry S. Truman Parkway.  That’s pretty normal.  Then, they saw something heading towards the car, fast.  And they could only recoil as it smashes thru the car’s windshield.  Yes, look at that picture.  Thru the windshield.  I’ve see birds fly by and it’s hard not to swerve in reaction.  But a turtle that size?  How can you even understand what you’re seeing?

THEY SAW SOMETHING IN THE AIR, THOUGHT IT WAS A BRICK, BUT A FLYING TURTLE?

Well, you can’t, of course.  Latonya Lark and her brother Kevin Grant had no idea.  In fact, Latonya thought it was something else entirely: a brick.  She said, “I thought it was a brick, and I told [my brother], ‘my God, there’s a brick!’”  But no.  It wasn’t a brick.  It was a poor, flying turtle.  Regardless, she started to slow the car down.  But then they both heard a loud boom and Kevin had shattered glass from the windshield all over him.  Fortunately, he only suffered minor cuts from the flying turtle missile.

So where did this flying turtle come from?  We’re not sure.  The siblings think another car must have hit the turtle in the road and sent it flying into the air.  Unfortunately for all involved, that flying turtle hurtled into their car to its own demise.  Yes, the poor thing didn’t make it.  It died from blood loss.  The accident sheared off one of its poor legs.  But it was a serious impact.  The windshield had too much damage to drive the car safely, and it was towed away.  The turtle lived long enough to make it to Animal Care.  But its injuries were too severe and it lost too much blood. 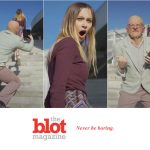 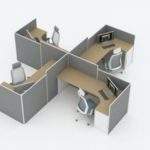