So every once in a while history reminds us that we don’t know all that much.  Or, at least, not as much as we think we do.  About ourselves, no less.  But when we discover new things, they can sometimes capture the imagination firmly, making us reimagine our ideas for olden times.  Especially old civilizations.  And, yet, again, our imaginations have to return to ancient Egypt.  Yes, the never ending story that is ancient Egypt.  This time, it’s not mummies or tombs.  Not exactly.  It’s the oldest mass production brewery we’ve ever heard of.

WORLD’S OLDEST MASS PRODUCTION BREWERY DATES BACK OVER 5,000 YEARS, I’LL DRINK TO THAT

So yes, I am partisan when it comes to breweries.  And, to be frank, I really don’t know much about their history, how long they have been a part of our history.  But a brewery in Egypt dating back 5,000 years ago?  Wow.  Just, wow.  This mass production brewery discovery was made by an American and Egyptian team in the ancient burial ground Abydos, in the middle of the Egyptian desert.  The discovery included a host of units, and roughly 40 pots ancient Egyptians used to heat up a mixture of grain and water.  As in, beer!

BREWERY DATES BACK TO THE EGYPTIAN KING WHO FOUNDED THE FIRST DYNASTY, UNITED EGYPT

Back when this brewery was operational, it was likely the time of King Narmer.  He, of course, is the king who founded the very First Dynasty.  Most historians consider him to be the one who first united Egypt.  And evidently, people there back then loved to drink beer.  I can’t help but wish there was some way to get a taste!  But I can try, though it may not be representative of this now world’s oldest mass production brewery.  Dogfish Head Brewery started making a beer ten years ago, Ta Hanket, which they designed after ancient Egyptian beers. 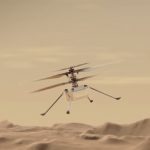 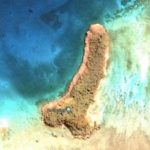