SHE WAS A SEX ADDICT AND A HOTTIE, BUT NOW SHE’S A CELIBATE MOTHER

So I’ve heard of sex addiction.  I’m sure you have, too.  But no, it’s just a bit more than we all think it is.  It’s a serious addiction and can wreck people’s lives in all sorts of ways.  But for one woman, Laurie Jade Woodruff, her life changed for the better when she became a mother.  She was such a nymphomaniac that she would have sex with up to 6 men at the same time at sex clubs.  But now she’s a mother, and a celibate one.  It’s a big change from sleeping with several men in a week where she didn’t even “feel like it.”  So she’s putting her story out there with her new book, Diary of a Sex Addict.

Read More: Lindsey Graham Can Go Fuck Himself Where the Sun Don’t Shine

SHE WOULD HAVE SEX WITH 6 MEN AT ONE TIME, WITH BOYFRIEND WATCHING

But I’m a little skeptical of some of her claims.  She thinks she slept with somewhere between 100 and 200 men.  So sure, that sounds like a lot.  But I’m pretty much positive that number is really, really low.  Just consider.  So if you were a sex addict and only slept with 3 people a week, that translates into 156 people you had sex with in one year only.  I think the number is far, far more.  But anyway Woodruff (yes, a woman sex addict’s name is Woodruff) realized she needed help.  Considering one of her ex’s took her to a party and watched her have sex with 6 men, I’d say getting help was the right move.

HER NEW BOOK TELLS ALL, MOSTLY HOW BEING A MOM IS HER FIRST PRIORITY OVER SEX ADDICTION

But then she became a mother with the birth of her now 18-month-old son, Henry.  She worried she wouldn’t be able to control herself.  But Henry was her number one priority.  So she got help by signing up to Sex and Love Addicts Anonymous (SLAA).  She went to meetings and got on the Celibacy wagon.  As of last week, she’s been celibate for 4 months.  Her previous hard up stint was only two weeks! But writing her book about being a single mom, addicted to sex but looking for love, has broadened her horizons and left her more empowered. 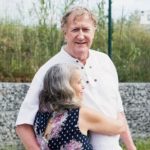 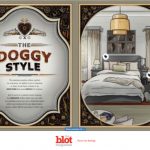