When a very pregnant and very naked Demi Moore posed for the cover of Vanity Fair back in 1991, she probably had no idea how popular a trend she was starting. The cover, shot by famed photographer Annie Leibovitz, was met with a fair amount of controversy. Critics insisted the photo was “indecent,” “obscene,” even “vulgar.” Fortunately, that level of playground name-calling hasn’t stopped others from following suit.

Since Moore’s iconic cover, a slew of celebrities have signed up to do nude shoots while pregnant. Model Cindy Crawford did so for W just a few years later in 1999, Britney Spears for Harper’s Bazaar back in 2006, Claudia Schiffer for German Vogue in 2010, Nia Long for Ebony in 2011 and Jessica Simpson for Elle in 2012.

In his book “Forensic and Medico-legal Aspects of Sexual Crimes and Unusual Sexual Practices,” Dr. Anil Aggrawal defines Maiesiophilia as “gaining sexual arousal from pregnant women and/or female childbirth.” Though many agree that this definition can be expanded to include those who find the acts impregnation and lactation arousing as well.

A simple Google search on the subject can bring you to a number of resources for those in the community. In a chat room dedicated to Maiesiophilia, or “pregnancy fetish,” one member writes: “God I want nothing more than to find someone like me that would let me hold them down and fill them with my seed….being there with her for every single minute of the pregnancy, as her belly slowly swells, hanging low in her pelvis… to have the chance to have her deliver our baby into my waiting hands, moaning and writhing in pain as the heads slowly crowns…..This fetish is almost unsatisfiable.”

If these individuals seem unique to you, it might be wise to think again. There are a number of chat rooms, forums and social media sites (NSFW) dedicated to pregnancy fetishism. One Tumblr user explains, “It’s a turn on to have my husband provide for me and demand I keep his seed inside of me. It’s sexy when he controls when I will produce a baby. While we make love … he tells I’ve been making more money at work and now I’m getting you pregnant.”

It is a little unusual. But would it be a stretch to term pregnancy fetishism immoral? One case in particular forced the public to really think about that question.

Crow argued that the move was about “freedom of expression,” but the New Zealand courts were not impressed. The Department of Child, Youth and Family Services wanted to separate the mother and child, should the film be completed. However, the country’s laws made it hard to conclude whether the act of giving birth in a pornographic film was, in fact, a form of child abuse.

Though in the end, the film was made (Crow was prohibited from using any public hospital facility in New Zealand to film the birth), it didn’t serve as the niche hit that Crow was perhaps hoping for. His company, Vixen Direct, has since gone out of business.

Nikki’s story serves as a good example of the gray area that exists between sexuality and pregnancy. Some would insist the two belong in different spheres completely. But is it fair to deny pregnancy of a sexual identity of its own? There are, after all, many mothers who would disagree with doing so.

Debra Pascali-Bonaro’s documentary “Orgasmic Birth” seeks to out “the best kept secret” of childbirth. Pascali-Bonaro asserts that some women actually experience orgasm as the baby exists the birth canal.

Christiane Northrup, an OB-GYN and author of “Women’s Bodies, Women’s Wisdom,” explains, “When the baby’s coming down the birth canal, remember, it’s going through the exact same positions as something going in, the penis going into the vagina, to cause an orgasm. And labor itself is associated with a huge hormonal change in the body, way more prolactin, way more oxytocin, way more beta-endorphins — these are the molecules of ecstasy.”

For the lucky few who do experience orgasm during childbirth, it serves as an exciting escape from the medicalization of childbirth. For others, the sexualization of pregnancy remains a problematic, and perverse trend. But we don’t get to dictate the sexual fantasies of those around us. So maybe it would be appropriate to insert an old cheesy line here. “Whatever floats your boat” … right? That just might be the best we can come up when it comes to addressing those who find pregnancy nothing short of sexy. 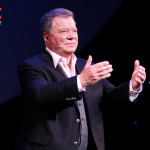