Once upon a time, a man or a woman would learn a set of skills, and then find gainful employment for life. Alas, those days are long gone. Anyone in the modern workforce will more than likely have to do a variety of jobs and reinvent themselves a number of times in order to survive. And here’s where a little sage advice from the seemingly indestructible William Shatner just might come in handy.

Sure, his advice and Kickstarter page for his new book is about how to reinvent yourself after 50, but who wouldn’t want to hear what Captain Kirk has to say about economic survival and relevancy in a constantly changing world — no matter what age you happen to be?

Shatner’s self-published book “Catch Me Up,” according to the man himself, will be full of wisdom from an actor who has been “unemployed over 400 times” in his life. With an aging population growing larger by the day, downsizing and the warp speed at which new technology is introduced and adapted, many people feel like they’re getting left behind in life — and work.

Shatner, in his Kickstarter pitch, says, “I went on a mission to find people who had been laid off, lost careers, had been downsized and replaced by younger people with more tech skills; but who actually fought back and won!” His book promises plenty of interviews with these folks, in order to inspire others who are being usurped by ungrateful whippersnappers in the trenches of the working world.

Age, my friends, is relative. While 50 or 60 might seem fairly old to us today, and not something we even think about, if and when most of us live well past 100, 55 won’t seem ancient at all. The folly of youth is believing that we’ll never get old.

“Bullshit,” Shatner points out to people who think they’re too far behind the economic or job learning curve to catch up. Reinvention is possible at any age. While he’s talking about the 50-and-over crowd, in an economy where robots and automation are set to replace many low-skilled jobs, the message as espoused by T.J. Hooker (look it up if you don’t know the reference) is valid for people of any age.

F. Scott Fitzgerald once wrote, “There are no second acts in American lives.” While this line has often been taken out of context, it seems to me America is somewhere where second, third and fourth acts are possible. We’re a nation of reinvention — and whom better to shine a light on this fact, and give us all a little bit of future economic hope, other than the ever-so-adaptable William I-won’t-ever-quit-this-business Shatner? 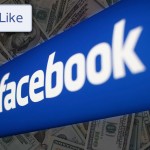