Editor’s note: This story contains a picture of a penis.

When the first images of the Rick Owens Fall 2015 collection hit social media channels straight from the Paris Men’s Fashion Week catwalks, I immediately thought of Vogue Italia Editor-in-Chief Franca Sozzani who once spoke her mind about some men and their dressing habits.

“I dislike men in fashion,” she said. “I don’t like when a man dresses as a fashionista. I don’t think it’s attractive at all.” I must confess I totally understand why she has taken such radical position about it, and although I think men in skirts or in nice lingerie are sexy, I somewhat agree with her —  I still can’t stand men wearing Hermes Birkin bags.

Rick Owens, an American designer living in Paris, never disappoints when putting up a fashion show. Back in 2013, he took the fashion world by storm when he brought the stepping dance to the catwalk during the Spring 2014 RTW shows, and hell broke loose with those fashion steps heard all over the globe.

Clothes aside, a fashion show for some must, indeed, be a show, and Owens understands this concept extremely well, sometimes way too well, but what designer wouldn’t want to be the talk of the town during a fashion week in a relevant city? So why not sent three discreet penises down the runway waving their full glory to the crowd and obtain as much international press coverage as one can get?

There is nothing wrong with meaningless nudity in fashion. We should be used to it by now; fashion and nudity many times plays a married game that has been — and it will continue to be — around for ages. It reaches the fantasy levels of us human creatures who are in the constant search of any type of beauty, and maybe perfection.

I applaud Mr. Owens’ calculated take on the “cock” on the catwalk.  Yes, calculated because you know no man would wear those tunics in such style unless he was on a “mission” in Mykonos or at a Fire Island private location on a cold night. I just wished that his male models didn’t look like very unattractive ladies having a sad bad hair day. That’s such a turnoff for a fantasy, especially in a men’s fashion show. If Owens had cast gorgeous models or styled those “three” in a more attractive way, for sure the response would have been even … bigger.

Gimmicks apart, besides the revealing tunics, the collection called Sphinx — according to Owens — was influenced by “the fear and shame of growing up,” and it was inspired by an old French movie set in a submarine. It was a very Rick Owens show that started with a combination of shorts over leggings paired with traditional outwear pieces like leather coats, pea coats and parkas with the sharp look that only Owens can achieve.

After the blink-and-you-lose-it frontal nudity show attraction, one can already imagine what Owens is planning for his next show, unfortunately bringing to the runway bare models derrières has already been done in Berlin by German designer Hanne Kettriz. 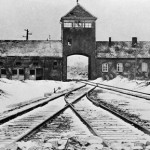 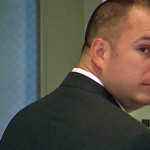