On Saturday, May 2 in Las Vegas, a late-30s-aged boxer will fight a mid-30s-aged guy for a world-record purse that could be as much as $300 million. That means each could take home as much as $150 million.

Of course, they won’t get to keep all that moolah. Uncle Sam will grab his big share, as well as ex-wives, girfriends, hookers, casino tables, agents, lawyers, chemical suppliers and other hangers-on. So, how much will be left for the guys who earned it? I don’t really know, but it will still be substantial, and almost as much cash as Bernie Madoff stole from investment suckers — or the stash Hillary Clinton is raising for her presidential run.

The Las Vegas boxing match is for the welterweight championship of the world. However, I find it a bit disturbing that champ Floyd Mayweather Jr. is a creaky age 38, and contender Manny Pacquiao is a near-senescent 36. In long-ago days, boxing title winners were much younger guys: Mike Tyson, 20; Jack Dempsey, 24, Muhammad Ali, 22; Joe Louis, 23; Sugar Ray Robinson, 25; and Gentleman Jim Corbett, 26

The news media is hyping the upcoming championship fight 24-7, everywhere. Wealthy fight fans will soon be arriving in Sin City by the planeload, and prices are rising exponentially for this weekend. Nightly hotel room rates go from $200 to as much as $1,500, while hookers on Las Vegas Boulevard will increase their hourly rates from $50 to as much as $500.

Along with all that, this nearly 90-year-old sports fan can’t help speculating about how the two aging boxers are preparing for and expecting to compete in the epic fight. For instance, if they’re as agile as I am, they’re doing vigorous morning runs of a city block each, as well as at least one sit-up to be able to rise and get to the breakfast table. There, they’ll hear snap, crackle and pop — not from the Rice Krispies, but the agonizing sounds of their ancient bones, muscles and tendons crying out in pain.

And what will happen during the actual bout challenges my imagination. After they’re wheeled down the aisles and carried into the ring, the ref will warn them not to hit below the belt. Since their traditional old-guy trousers will be pulled up to their armpits, it will by very frustrating for the boxers to find a place to land a body blow.

Under the trousers, instead of jock straps, they’ll be wearing extra-strength Depends. Then, just before the bell signals each round to begin, corner assistants will replace the fighters’ dentures with mouth guards. Between rounds, when they seek stool relief, it will have a whole different meaning than for traditional boxer sit-downs. Also during the rest minute, instead of water, the two senior combatants will be refreshed with prune juice.

There will be a thrilling moment when all fans in the stands rise to cheer when they see the ref stop the fight. Not for a knockout, but it’ll be a boxer on his knees trying to find his eyeglasses so he can see the other guy. Unfortunately, instead of getting up, he’ll doze off on the comfy mat floor.

Because one boxer is immoble during his sleepy senior moment, the winner will be carried by cheering fans from the ring to his dressing room. The loser will just have to make his own way in his wheelchair.

May I conclude on a serious note? Whatever really happens on fight night in Las Vegas tomorrow, this very old guy wishes good luck to both my fellow seasoned citizens, Manny and Floyd. 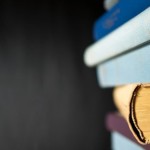 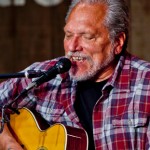