Illegal sex comes in all guises and forms, but that doesn’t mean it’s necessarily legal or permissible.

Intrigued by our long-standing puritanical attitudes toward sex and old state laws on certain kinds of sex, I was enticed to delve deeper into how illegal the sex you’re having actually is. While knowing the legality of your sex might not make it extra kinky, adventurous or heartfelt, or spare you a visit to the clinker, it might make you think twice about the way you practice and consume your sex.

Or how about this: prostitutes and their clients in Louisiana who are caught engaged in oral sex are routinely charged with “crimes against nature.” This raises the question: why are we so uncomfortable with nature? For example, why is it illegal for women to bear their breasts in so many states here in the U.S.? Are we that afraid of our latent sexual desires or what certain images, objects, body parts or acts mean and how we relate to such things? And if so, why? Is that to say sex, the objectification of it, or the participation of it between consenting adults ought to be a no-no? Why vilify something that ought to be natural and has been an ongoing part of human relations for thousands of years?

To give you a full roundup, below are a map of the country’s weird, kinky sex laws and the complete list of sex laws state by state for your viewing pleasure. Shall we then?

Moose are banned from having sex on city streets (in Fairbanks).

Flirtation and “lascivious banter” between men and women on the streets may result in a 30-day jailterm. (in Little Rock.)

No man shall dress as a woman without the written permission of the sheriff. (In Walnut, Calif.)

Keeping a house where unmarried persons are allowed to have sex is prohibited.

The term “sadomasochistic abuse” is defined so broadly, that it could possibly be applied to a person handcuffing another in a clown suit.

All sex toys are banned.

If you sell a reptile, you must give a written warning not to “nuzzle or kiss” them.

It’s prohibited by law to “suffer any bitch or slut” (referring to dogs) (in Minooka.)

It is illegal for a man to be sexually aroused in public.

Kisses may last for no more than five minutes.

Dogs must not molest property or people.

Until 1975, people wearing bathing suits on any city street were required have a police escort.

It’s illegal to use fortune-telling, astrology or palmistry to “settle lovers quarrels.” (In New Orleans.)

Making noise in a public library is a crime against “chastity, morality, decency and good order.”

A man who seduces or corrupts an unmarried woman faces five years in prison.

Low-riding pants that expose underwear are a Class B offense. But if they expose butt cleavage, they’re a Class A offense. (In Flint.)

It’s illegal to teach others what polygamy is.

Adultery or premarital sex results in a fine of $500 or 6 months in prison.

Prostitution is a “crime against the family.”

You can’t get married if you have gonorrhea

Sale of sex toys is illegal.

Lingerie must not be hung on a clothesline at the airport, unless there’s a screen concealing it. (In Kidderville.)

Nudity is allowed as long as genitals and female nipples are covered.

Adultery is illegal. And so is pretending to be married in order to share a hotel room.

It was illegal to swim naked in the Red River between 8 AM and 8 PM. (In Fargo.)

It’s against the law to fail to confine a dog or cat in heat. (In Grand Forks.)

No person shall solicit sex from another of the same gender if it offends the second person.

It’s illegal to lie down in a public restroom, or for two people to share a stall meant for one.

If a man promises to marry a woman and she sleeps with him, the marriage must take place.

Students may not hold hands in school.

It’s illegal to marry your first cousin before the age of 65 — or 55 if you can prove both parties are infertile.

An adult cannot show sex paraphernalia to a minor, unless they’re your own child. (In Salt Lake City.)

Adultery is a misdemeanor.

Obscenity is a bigger crime if you use a computer.

If you give a sex worker a ride to work, your car can be confiscated.

An unmarried couple who lived together and “lewdly associated” could face up to a year in jail. (Recently repealed.) 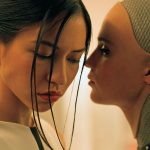 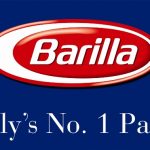