IS GAS GIANT JUPITER LOSING ITS GREAT RED SPOT BEFORE OUR VERY EYES?

Some people’s imaginations are forever captured by all there is to know about out solar system.  But why not?  I’m still one of them and always will be.  But I remember learning about the different planets in the solar system when I was really young.  That’s how most people learn the names of ancient Gods for the first time, as well. Yet I always thought of the solar system as this, well, permanent situation.  But today, we can’t even really agree how many planets there are in it!  But even more has changed and continues to.  The gas giant, Jupiter, is well known for its giant, Great Red Spot.  But Jupiter, it seems, is soon to lose its most well-known feature, all too soon.

So if you forgot, or somehow never knew this bit of Sol System lore, here are some details on the Great Red Spot.  It’s a vastly huge anticyclone.  We’ve been able to see it from earth, definitely since the 1830’s, and possibly as early as the 1660’s.  So it’s been around for some time.  The storm’s winds blow at 350 mph.  Today, the red storm is only a bit larger than the planet earth itself.  But when I was a kid, not that long ago as the solar system goes, you could fit three planet Earths together, just in the eye of the storm.  So this is the most epic storm, ever to exist, during the age of Man.

IN THE NEXT TWO WEEKS, JUPITER WILL BE EASY TO SEE, AS WILL THESE CHANGES

But the Great Red Spot storm is shrinking and scientists believe it could completely disappear in our lifetime.  The describe the process as “unravelling.”  Recent photos show huge plumes peeling off from the storm.  They stretch at least 10,000 km from the storm’s body.  Scientists are seeing one of these plumes every week.  So pay attention, especially if you’re an avid star and planet gazer.  But that’s because we’re about to get real, real close to Jupiter.  On June 10th, Jupiter will shine 4 times brighter than Sirius.  For those of you who don’t remember grammar school, Sirius is the brightest star in the sky.  But even amateurs with telescopes will be able to see Jupiter in great detail.  Don’t miss it!  It’s never gonna be the same. 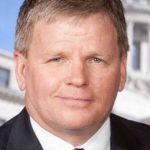 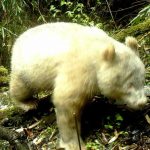