Monica Lewinsky and her infamous blue dress have come out of the closet. After retreating from the public eye for nearly 10 years, Lewinsky addressed the scandal — which, in case you don’t remember, involved an affair with a then-President of the United States of America who went by the name Bill Clinton — that overtook her life in a Vanity Fair exclusive last year. The world’s most-famous intern again spoke about the scandal during a Technology Entertainment and Design (TED) titled “The Price of Shame” in Vancouver last week.

With these actions, Lewinsky has taken the lead to frame her story. Her years away from the extreme glare of the media mixed with the difficulty of putting her life back together after the affair with President Clinton should make anyone who jumped on her for the sexual tryst pause. She was just an intern working at the White House as a young woman in 1998, and no one could have predicted the firestorm media frenzy she was about to become the centerpiece of.

Speaking out about the scandal, her experiences in looking for work following it and the enduring legacy of being the most infamous “that woman” all took a severe toll on Lewinsky. But she survived, somehow, and holds her head up high to this day and has decided to use her experiences to bring attention to cyberbullying and the dangers of a culture of humiliation that now exists online.

For this, Lewinsky should be congratulated. But cynically, it’s quite possible to believe she has reemerged to likely follow the media plan of those touched by scandal before. We all know how this goes: First write a book on her experiences, then chase that with a television movie and possibly work it into a daytime talk-show host job.

With what she had to go through, Lewinsky deserves something in return. If a former reality-show star can get a talk show — see Bethenny Frankel — so can Lewinsky. She was put through the grinder as very-private moments between her and the president were exposed in an impeachment sham that was only a lame cover for right-wing moralizing.

In 1998, the Internet and social media were in their infancy. Though Lewinsky may not have been the first victim of cyberbullying — some poor schlub in a an America Online chatroom most likely was — she was almost no doubt the most prominent at the time and remains among its most-famous victims.

Because of her experiences in a blinding public light, Lewinsky is in a unique position to help others that have or may be going through similar situations online. She has spoke about the tragic case of Rutgers University student Tyler Clementi, who sadly committed suicide in 2010 after a video of him kissing another man was posted online. Lewinsky is doing the right thing by using her experiences and empathy to help others.

Anyone that has been through a tragic circumstance or life-changing situation, especially if it’s played out in public the way Lewinsky’s was, has a choice: either retreat to the mountains to lick your wounds or use that hurt to help others. In the 17 years since the blue dress and beret were worn, Lewinsky did both, first trying to get work, then earning a masters degree from the London School of Economics.

Now Lewinsky is back, armed with the perspective that only time can give. And it’s time to listen to her experiences and learn from them. She is quite brave and courageous for not completely retreating, though she attempted to. Her return is a reminder to all who excoriated her that she is not gone, she lives and thinks — and is actually quite intelligent and interesting.

Seeing Lewinsky spotlight again is also encouraging because it reinforces that people can come back from very trying circumstances. After all, look at how revered Clinton is today — and since it takes two to tango, “Slick Willie” is just as much to blame for Monica Lewinsky being a household name as she is.

So let’s look at Lewinsky as a warning for everyone who uses social media to be careful; the lives of someone at the other end of that tweet or Facebook post is affected, so be mindful of what you say. It can have a long-lasting impact — and maybe one that isn’t easily forgiven. 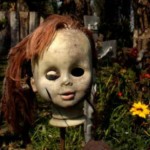 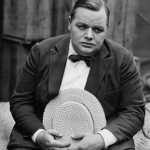