At first, Hickory Run State Park in Carbon County, Pa., looks like most of the small state parks scattered throughout the northern part of the state. A smooth ribbon of asphalt carries you through the park, with small parking lots at trail heads here and there.

We parked at one of these lots, laugh and take selfies at the trail marker of the ominously-named Shades of Death Trail (more on that later!) and then head to the small ranger’s hut to ask for directions to Hickory Run’s main claim to fame. The ranger sketches us a small map, and we piled back into the car. We spotted the turnoff onto the dirt road a little too late and had to back up. A few minutes later, with the car bouncing over the ruts and bumps in the dirt road, we see it spread out before us: Hickory Run’s Boulder Field.

The 720,000 square-foot Boulder Field, a National Natural Landmark, is unlike anything I’ve ever seen before. The rocks were deposited there 20,000 years ago, during North America’s last Ice Age. The stone itself, a uniform sandy-brown color, predates the dinosaurs. Visitors with good balance can walk out onto the rocks. My group ventured only a few steps onto the boulders until one of us wiped out hard, convincing the rest of us to head back posthaste.

But boulders aren’t all this park in the western foothills of the Pocono Mountains has to offer. There are 44 miles of trails, including several that are accessible in the winter for cross-country skiing and snowmobile treks. There is a 19-hole disc golf course, geocaching and camping. It’s an easy drive from the Pennsylvania Turnpike and, like most state parks in Pennsylvania, costs you nothing to visit.

After admiring Boulder Field, my friends and I decided to check out the trails. There are dozens to choose from. The first trail we encountered, as I mentioned before, is the charmingly named Shades of Death trail. It’s only a mile long, but got its nickname because of the difficult terrain and thick underbrush that the first settlers of the area encountered, according to the Hickory Run State Park website. We gave that trail a pass, though, mostly because we were looking for an easier walk. There’s also the Boulder Field trail, a 3.5-mile trek between the famous field and Pennsylvania Route 534. According to the park’s website, “this trail runs through sections of hemlock, spruce and beech forests. Bears, owls, white-tailed deer, turkeys, snowshoe hares and ruffed grouse are sometimes encountered along the trail. Hikers should allow 4 to 5 hours for a roundtrip trek.”

We ultimately tackled the Hawk Falls Trail, named not after the bird of prey but the former owners of property near the trail head. While it’s only 0.6 miles, the terrain is hilly. The trail takes you through rhododendron forests and a small creek. The trail’s reward is two views of a 25-foot waterfall — one near the waterfall’s start and, after a downhill hike, at the waterfall’s end. The trail roughly follows an old road that leads to the town of Jim Thorpe, and the park website says sometimes remnants of wagon wheels, nails and horseshoes can be found along the banks of Hawk Run. We saw no such artifacts, though we did run into some snakes sunning themselves on rocks near the creek. Eek! Luckily, they weren’t too interested in us, so we hurried along past them.

Admiring Boulder Field and taking a short hike took us the better part of the day. If you want to explore the park further, check out the camping options. Hickory Run offers campsites for tents and recreation vehicles/trailers, as well as a handful of cottages for those who don’t want to get up close and personal with nature. There are even two “deluxe” cottages that offer a stove top, refrigerator and heat, though they lack running water or private bathrooms. Check the website for availability and cost.

For directions and more information, check out the Hickory Run State Park website. And for more to do in that area of Pennsylvania, including information on the adorable town of Jim Thorpe, visit this site. 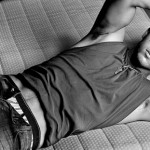 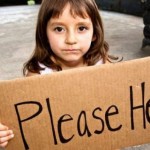