With each New Year comes new well-intentioned-but-badly-thought-out laws that are put into effect.

Rumored to have been considered, and still possibly being mulled by Oklahoma lawmakers is a state rule that would ban wearing hooded sweatshirts in public. Umm, OK. Good luck getting any good musical acts to come to your state, Okies, because young people — not just people of color — like to wear hoodies. And with the brightly colored and pastel ones out now, they have made a huge comeback.

Happily, for my purposes, there are several newly active wacky laws that are not as blatantly bigoted or just plain dumb that are actual things now. Here are some of my favorites:

In Seattle, the state’s biggest city, a person can now be fined for throwing leftovers or food scraps in the trash. The law won’t be enforced until July 1, and even then if a household trashcan is more than 10 percent recyclables or food waste, they will only face $1 fine on their next garbage bill.

Composting is a great way to make your backyard stink like a landfill and torture your neighbors — in all seriousness, it’s a smart way for municipalities to reduce their solid waste — but to mandate that everyone do it is a stretch.

Lawmakers in this oven mitt-shaped state have made the legal limit for boozing while operating a boat or other watercraft the same as when driving, .08 blood alcohol content. And why shouldn’t it be? On the open water, there is probably less possibility of crashing into another boat than compared to cars on the road because there are just less of them, but I would think operating a boat under the influence is pretty dangerous, too. It’s also a potentially deadly piece of machinery, and people driving them should not be swerving between traffic, even if there aren’t painted lines on the water.

Golden State diners can now eat with their dogs and hang out together in an outdoor patio space. Yeah, I know, people love to take their dogs places, and I do, too, but at a restaurant where other people are eating? Meh. If the establishment is cool with it, awesome, but should it be on the books as a law? I think not.

Being a proud graduate of Ohio’s Antioch College, which was roundly mocked in the mid-1990s for something virtually the same, this makes a good deal of sense to me, especially in the light of sexual assault report and problems with sexual assaults on college campuses. Until people in college can have sex responsibly, I don’t feel legislating into their bedrooms is off-limits, especially if it works and keeps more people safe.

Teenage drivers can now have their licenses suspended if they cut class. While the enforcement could prove difficult, this one makes sense to me. Why should you be able to drive a car if you haven’t graduated from high school, anyway?

Sellers of foreclosed homes are now required to tell potential buyers if there’s any possibility that the home was used as a meth lab. Right, because “former suspected meth lab” in a listing is not a deal breaker. Good luck if you have a house on the market, this can’t help the asking price.

Lawmakers in this state have made “Consumption” with “possession and purchasing” of alcohol punishable offenses for people under the age of 21. So now swiping a beer from your pops is a crime? Come on, man. Let the kids live a little. Does everyone need a reminder that the legal drinking age was 18 for many years, especially as you can be sent to some foreign land to kill people, but you can’t get a Coors Light in your hometown bar?

In this state, teachers and school administrators must now investigate allegations of cyberbullying outside of the classroom. Great idea, but when, exactly, are they supposed to do this work?

Bullying is an issue, no doubt. Even though we all went through it and came out OK (most of us anyway, I hope), it should be stopped. But do state officials think teachers and administrators don’t have enough to occupy their time? Instead of making them do more work or maybe in conjunction with it, the state should simply make the day 36 hours long, but only for educators. 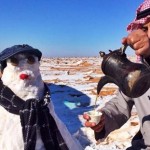 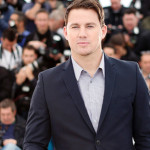