So I’m not too familiar with Grana Padano cheese.  It’s a family of cheese I’m sure to have had.  But who knows?  So yes, I do love me some cheese.  Even stinky cheese after my taste buds got old enough.  Well, usually with a nice wine.  But cheese is an art form.  And many cheesemakers hold their cheese recipes and process close and secret.  But a YouTuber, Gavin Webber, posted a video telling any and everyone how to make their very own Grana Padano cheese.  Not exactly, of course.  But close enough.  But Grana Padano didn’t like that at all and have gone after the amateur videographer and cheesemaking revealer.

ANYONE CAN MAKE CHEESE, BUT GRANA PADANO WANTS TO CORNER THEIR WORLD MARKET

So no, no one can copyright the methods nor ingredients of making cheese.  But Grana Padano threatened the YouTuber with legal action regardless.  They claimed that Webber even mentioning the name itself broke the law.  They claim it refers to a protected “designation of origin.” Huh.  Well, that’s like saying you are offering a way to make your own version of Coke (the cola) is a violation.  But even if you don’t say it’s Coke itself?  That doesn’t’ sound right.  Well, or smell right, no matter how you cut the cheese.  And Webber was pretty darn clear that he wasn’t making Grana Padano cheese itself.  Nor that it was from the sensitive cheese brand either.

Related: Hiding Suspects Outs Himself For Farting Too Loud

IF YOU WANT TO CUT, I MEAN, MAKE YOUR OWN CHEESE, GRANA PADANO HAS MADE IT A HIGHLIGHT

But when a consortium like Grana Padano threatens a little ole’ YouTuber legally, that can prove to be incredibly expensive to fight.  That always seems to be the point of Goliath legally threatening pretty much anybody.  And even if Webber decided to fight it, YouTube has a IP enforcement system Grana Padano could access to simply kill the video outright.  Or even Webber’s entire channel itself.  That sounds pretty damn unfair to me.  And no, that scenario wouldn’t even involve any court ruling or review.  But someone, we don’t know who, has uploaded the video to Google Drive.  Uh oh!  It’s likely in at least one other place as well.  Soon, the negative attention Grana Padano has brought to this might mean everyone will see this video, pretty much anywhere at all.

So if you don’t like Goliath style corporate bullies, and you’re curious, do a little internet search and make some cheese of your own.  And yes, grab a nice white wine as well.  Cheers! 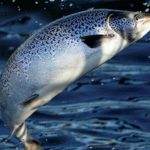 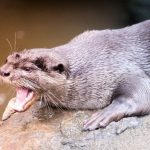