“Murder She Wrote” is a beloved television mystery series. It follows a middle-aged widow turned amateur detective, Jessica Fletcher (Angela Lansbury). Murders just keep happening around this sweet older woman. She is just so alarmingly acute at solving them, people rarely ask questions. But given all we know about murder profiling, serial killers and pure logic, isn’t it more likely that she’s the ruthless murderer? Based on Occam’s razor, which posits the simplest explanation is the most likely, Jessica would be the killer. It’s highly implausible that a civilian just so happens to be at the scene of a mind-boggling number of murders without being guilty. Even more implausible is how she is able to secure sufficient evidence via snooping and casual conversation to find the killer. I’ve got your number, Mrs. Fletcher.

People rarely question how a woman with such a distinct English accent arrived at the sleepy Maine town of Cabot Cove. She never mentions the UK. Why would she choose such a small town? Maybe it’s because she’s running from something. Maybe in her youth she killed a man just to watch him die and afterwards escaped to America. Maybe her youth was full of systematic abuse that turned her into the unhinged killer she would later become. Viewers never found out how her husband, Frank, died. Perhaps, after a twisted childhood and emotional withholding from her military husband, Jessica snaps and kills him. Why couldn’t she use her intelligence and love of mysteries to cover up a murder as easily as she solves them? Her husband was perhaps her first taste of blood, and it opened up the emotional floodgates and gave her an unquenchable thirst for murder. Maybe she didn’t kill her husband and really did solve a few murders. But at some point, it stands to reason that she inevitably transitioned from solving murders to committing them.

People have a hard time imagining a sweet old woman being a murderer. But what else could explain why Cabot Cove has the highest murder rate in the world? A study in 2012 revealed that during the course of the series the coastal town had “a total of 274 killings in the small town in Maine, despite it having a population of just 3,500.” That’s a higher murder rate than Honduras, the most violent country in the world. It’s just not plausible that the small seaside town is riddled with violent vacationers and felonious fishermen. Besides, the murders follow her. When she’s in New York City innocently getting her hair done, a murder occurs. When she’s on a stop on her book tour, a murder mysteriously occurs. Perhaps, her skill set is not in securing evidence but in getting away with murder. She knows how to shift suspicion and hide murder weapons. Maybe her voracious reading habits include hypnotic suggestion?

Given future representations of serial killers like Dexter Morgan on “Dexter” and Hannibal and Buffalo Bob in “The Silence of the Lambs,” it’s easy to see that Jessica Fletcher could be a serial killer. They often collect souvenirs. Fletcher collects all of her “cases” and uses them as fodder for her wildly successful novels. After all, the show is not called “Murder She Solved.” Even if someone doesn’t believe the supposedly innocent well-meaning Jessica Fletcher is a murderer, what’s with her fascination with murder and death? No one who is consistently around dead bodies and murders can be that innocent.  You have to think like a killer to be so good at solving crimes. She does fit the profile of someone with a distinctly morbid, and potentially unhinged, mind. She has multiple possible motives, like the attention she gets from being a crime-solving wunderkind and the money she makes off of her books. Or maybe these people offended her in some way like in “Serial Mom.”

The Blot Exclusive: Sex Tell All, Selfie Sally Talks on her Nudie Pics

It’s easy to chock up a lot of these “coincidences” to sloppy storytelling or magical thinking, but something’s fishy about Jessica Fletcher. No one is that fixated on murder, conveniently around, and isolated from society without having some secrets. Luckily for her, the statute of limitations has allowed her to get away scot-free, but be weary when visiting Cabot Cove. 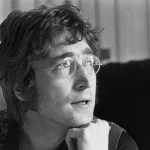