So it seems the state of Virginia jus might want to review its drivers license vetting just a little bit.  Why?  Well, his name is Yusuf Abdi Ali and he was an Uber driver in the state.  But the problem?  Well, you know, just that he was a Somali war criminal.  Before being an Uber driver in Virginia, he was a Colonel in Somalia.  But more specifically, he was a colonel in the Somali national army and a supporter of their dictator, Mohamed Siad Barre.  SO back in the late 1980s, he did some nasty things, like torturing a number of people.

So how are we hearing about this only now?  Well, one of Ali’s victims was a Somali citizen, Farhan Tani Warfaa.  Warfaa finally got some justice, more than 3 decades later.  Back in 1987, a group of the dictator’s soldiers kidnapped him from his home in northern Somalia.  But in the months following, he suffered torture, beatings and even a shooting.  All of these atrocities came under the orders of Ali, who was a battalion commander at the time.  The soldiers eventually left him for dead.  But Ali survived, only by bribing his gravediggers to let him live.  It’s the kind of story that makes no sense in our tender world order.

JURY REACHES VERDICT OF HALF A MILLION DOLLARS, BUT NO JAIL TIME POSSIBLE FOR WAR CRIMES

But until this month, Ali was driving for Uber with a 4.89 rating!  So here’s where the story gets a little weird.  We’ve actually know who Ali is since his appearance in a documentary in 1992.  That detailed how he tortured, maimed and killed hundreds of people for the Barre government.  But in 1992, Ali was a security guard in Canada!  So after the documentary, Canada deported Ali.  The US followed suit.  But Ali returned to the US in 1996.  So far, we don’t know how he was able to return.  Homeland Security isn’t commenting on the Somali.  His victim of record, Warfaa, testified in an American court this month and has finally found some justice.  Oddly, Ali living in Virginia made charges possible at last.

But unfortunately, these are only civil charges.  A jury awarded Warfaa $500,000.  But Ali will serve no jail time as a war criminal.  But at a minimum Ali won’t be able to work as an Uber driver any more. 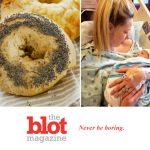 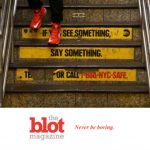