So this is interesting.  I’m a New Yorker.  So trust me, this isn’t the usual fare.  I’ve been on New York City subways more times than I can hazard to count.  Like, in the thousands.  We call it commuting, straphanger style.  But every so often, there’s some kind of ridiculous delay.  Sometimes there’s a technical issue.  Sometimes, there’s a body on the tracks and that takes some serious time to clean up.  But other times, you find out later that some dumbass nutcase simply pulled the emergency handbrake.  So for New Yorkers, when someone is out there wrecking your commute, it’s a major deal.

Read More: Want to Tell a Man to STFU? Here’s How

But it’s just basic psychology.  Rush hour is full of people packed together who don’t want to be near anyone.  So there’s a lot of normal tension there, twice a day.  But when everyone is also filled with outrage and frustration, it’s always almost a mob.  So the idea that someone out there is pulling the emergency handbrake over and over again is a big problem.  Not only does the train stop, but conductors have to visually confirm and manually unlock the brakes on every single subway car, slowly walking down the tunnel.  It takes time!  And the mob grows angrier, trapped and packed in the subway cars, getting later and later every damn fucking second.

So you won’t be surprised to hear how one Mass Transit Authority source described the situation as, “This is a nutcase who is addicted to fucking with the trains.”  But it’s more than just simple emergency brakes!  This asshole nutcase breaks into the cabs and pulls the conductor’s emergency brakes.  That doesn’t just stop that one subway car.  It knocks out the entire subway line as well!  But then they disappear into the tunnels like mist in a coal mine.  But the MTA has been loath to confirm this is happening, until now.  Whoever this nutcase is, they better hope that New York City commuters don’t catch them first.

Because that would be straight outta Gotham ugly. 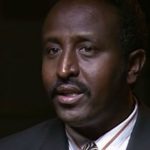 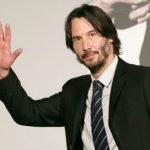