Every college football season brings with it a new crop of players, coaches and storylines, but the script for the 2014 campaign indicates that this particular installment should shape up to be the equivalent of a summer blockbuster that just happens to last all autumn long.

With the clamored-for playoff system finally making its debut, last year’s national champion looking primed for a sequel and new coaches at some of the NCAA’s most storied programs, here are the top 10 storylines entering college football season — which kicks off Thursday, Aug. 28, with a full slate of games.

For decades, fans and critics bemoaned the fact that the national champion was crowned by pollsters rather than a true on-the-field contest. The Bowl Championship Series was an improvement, but it just replaced the human voters with computers and also pointed out the growing chasm between the major-conference haves and the little-guy have-nots. After much ado, the four-team playoff begins this year, but expect more controversy as the four teams that get to participate will be chosen by a selection committee.

The Seminoles eked out a 34-31 BCS Championship win over Auburn last season, and with stud quarterback Jameis Winston back, FSU should at the very least make it to the four-team playoff.  The Florida State road to the title is a little harder this year, though, with teams like Alabama and Oregon waiting in the wings.

For years, USC was one of the best, if not the best, college football program in the nation.  Since Coach Pete Carroll left for the NFL and the Reggie Bush sanctions were levied against the Trojans, the team hasn’t even been the best in the state, with Stanford becoming a national power and even hated crosstown rival UCLA climbing the ladder. The miserable Lane Kiffin era has come to a close, and USC has turned to the offensive architect of those dominant Carroll squads, Steve Sarkisian, to lead the way.

What’s next for Texas A&M?

Love him or hate him, Johnny Manziel electrified college football in 2013, with both his on-field athleticism and his off-the-field assholery. “Johnny Football” brought Texas A&M onto the national stage, but can the Aggies sustain that success without their star?  The sportswriters seem to be saying “maybe,” placing A&M at the 21st slot in the preseason Top 25 poll. Coach Kevin Sumlin and new QB Kenny Hill certainly have their work cut out for them; with Manziel, the team finished only 4-4 in the wicked Southeastern Conference.

Somehow, some way, Penn State is still not only existing, but competing in the wake of the biggest scandal, and punishment, in the history of college football. Bill O’Brien had the impossible task of replacing Joe Paterno and leading the program through unprecedented off-the-field distractions, and he did it shockingly well. Nittany Lions fans felt snubbed when O’Brien snuck off for the Houston Texans gig, but PSU looks to have upgraded, nabbing former Vanderbilt coach James Franklin, the fast-talking, camera-loving recruiting monster. But can he walk the walk in the Big Ten against the likes of Ohio State and Urban Meyer? Maybe not this year, but if he sticks around, look for the Lions to reach heights they haven’t seen since the early 2000s.

If the Heisman committee was already chiseling Jameis Winston’s first name on this year’s Heisman Trophy, they’ve probably gone ahead and chipped out his last name, too, now that Ohio State’s Braxton Miller sustained an injury that will keep him on the sidelines all season. But don’t count out game-changing Oregon QB Marcus Mariota, Georgia running back Todd Gurley and dark horses like Nebraska RB Ameer Abdullah and Michigan State QB Connor Cook.

What’s up with Notre Dame?

The Irish finished a relatively disappointing 9-4 last season — four losses for the only team with enough clout to have its own network TV deal is just not good enough. After an academic suspension, Notre Dame QB Everett Golson is back, which should bolster the Irish offense, but the team’s schedule will bring out any deficiencies: dates with Stanford (Oct. 4) and at Florida State (Oct. 18) will show what the Irish and coach Brian Kelly are made of this season.

Mack Brown, the likable coach that led Texas to a national championship with Vince Young after the 2005 season, finally wore out his welcome with subpar results on the field and the recruiting trail, with A&M surpassing the Longhorns as the Lone Star State’s premier program. The man charged with bringing Texas back to national prominence is former Louisville coach Charlie Strong. With a huge budget, beautiful Austin campus and a brand name that still holds cachet nationally, UT should be back in business soon.

There was quite a bit of shuffling this offseason, with Maryland and Rutgers leaving the Atlantic Coast Conference and American Conference (yes, there is an American Conference now, following the tanking of the Big East), respectively, for the Big Ten (which now includes 14 teams!). Louisville, meanwhile, also left the American, replacing Maryland in the ACC.

Who wins here? Well, with the loss of Maryland, the ACC loses a slice of the Washington, D.C., TV market (but still has an imprint there thanks to University of Virginia), yet it picks up a strong program in Louisville. The Big Ten adds the New York/New Jersey market (even though people there traditionally don’t follow college football fanatically) via Rutgers, and the ACC’s loss is the Big Ten’s gain thanks to Maryland and the aforementioned D.C. area. The biggest victor in the Big Ten shuffle might be Penn State, which will be able to improve its visibility in the Maryland and New Jersey areas, two spots in which it has already found recruiting success and where new coach James Franklin has deep contacts.

There was a time not too long ago when a team like Boise State, or more accurately, when Boise State was able to shake up college football from the confines of a smaller-conference outpost. With the BCS weighting the quality of wins, Boise State was on the outside looking in, wondering what went wrong as it dominated lesser opponents on the school’s obnoxiously bright blue turf.

Who will surprise in 2014? Most likely a currently under-the-radar squad from a power conference, like North Carolina, Iowa or Ole Miss. 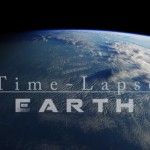 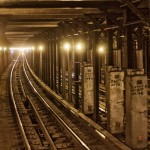