So I’ve been to Australia and wholeheartedly recommend the insanely long flights to visit there.  But fortunately for me and my blood pressure, I didn’t arrive home to find quite the surprise one Scottish woman got to “enjoy.”  Her name is Moira Boxall.  The 72-year-old returned home from Glasgow after visiting her daughter and son-in-law in Queensland.  She went to unpack her bag and made a totally terrifying discovery.  It was a snake curled up in one of her packed shoes!  So that’s enough to make me want a dram of Single Malt just hearing about it. Just imagine a snake stows away in your shoe?

Read More: So What is John Boehner’s Real Legacy, Really?

Fortunately, the snake was non-venomous.  It was a spotted python.  So I don’t know about you, but if I found a snake in my shoe I’d lose my mind.  Like Indiana Jones, I hate snakes.  I hate’em.  But this snake story actually begins back in Queensland.  Boxall’s son-in-law Paul Airlie told media, “She had woken up a few days before she left and thought she had seen a snake in her room and woke me up at 3:00 in the morning to check.  We searched the room and there was no snake. However, it turns out there was a snake, as it had gone and hidden in her shoe.”

SHE THOUGHT IT WAS A FAKE PRACTICAL JOKE, THEN SHE TOUCHED IT AND IT MOVED!

But at first, Boxall didn’t think the snake was real.  So she naturally thought it was a practical joke.  Airlie said, “She actually thought that Sarah and I had put a fake snake in her shoe to wind her up, so at first she thought it was a joke until she touched it and it moved.”  So here’s where it’s a damn good thing that the snake was a python.  But if it was venomous, this could have been a very different story.  Do you think Scotland stocks anti-venom for snake bites from Australian vipers?  I rather doubt it.

As for the spotted python, Scottish SPCA came and took it away.  After it does its time in quarantine, it may find a new home at a Scottish Zoo. 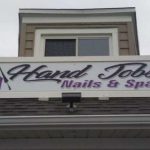 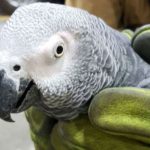