MYSTERY PARROT FOUND AT DUBLIN AIRPORT, BUT WHERE IS HER HOME?

Ok.  First things first.  Hugo is a girl parrot.  But Hugo got separated from her owner and somehow ended up at the Dublin Airport in Ireland.  A runway worker was doing an inspection two weeks ago and found the lovely lady Hugo.  But who was her owner?  It took some time to sort that out.  But the fact that Hugo speaks some Slovak was the proof that reunited her with her owner.  Parrot lovers love them some parrots.  So much so that no less than 4 different people claimed to own the wayward Hugo.

FOUR PEOPLE CLAIMED HUGO WAS THEIRS, SO HOW TO PROVE THE BIRDIE CLAIMS?

But let’s backtrack just a wee bit, here.  So after the runway worker found Hugo, the Dublin Airport put together a campaign to identify her owner.  But complicating things was the fact that a local chain of supermarkets had a missing parrot poster that pictured an African gray that looked a lot like her.  That might be part of why several people claimed her for their own.  But as you might expect, airport officials wanted to make sure they sent the bird back to her actual home.

OWNER REUNITED WITH HUGO AFTER SHE SPOKE SLOVAK, EVERYONE GOES HOME HAPPY

That’s how Lubomir Michna got his lovely lady back.  He old officials that his African grey spoke a few words in Slovak.  So animal experts played her some voice recordings and confirmed that Lubomir was in fact this birdy’s Papa.  Dan Donoher works for the Kildare Animal Foundation and told media, “When the voice recording was sent to me and I played it for Hugo she reacted instantly and became animated and excited.”  So that’s one way to prove you should have at least on bird in your hand!  But officials got to enjoy doing things right.  When they opened Hugo’s carrier, she immediately jumped onto Lubomir’s arm and cuddled his neck.

So that officially makes this a happy ending story. 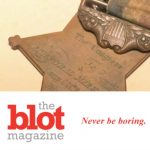