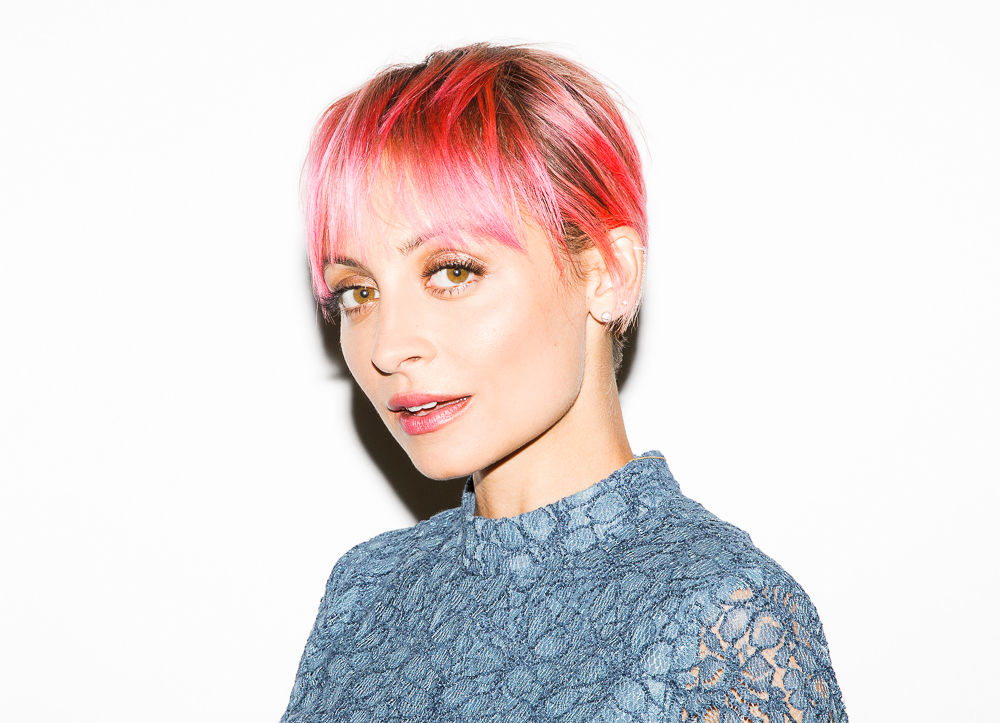 Is Nicole Richie still hot? On the one hand, we’ve got the tabs blasting news and photos of stars withering to 80-some pounds; on the other, celebs like Demi Lovato, Katie Couric and MSNBC’s Mika Brzezinski are coming clean about their eating disorders in order to knock sense into our young people. Could our society’s messaging be any more mixed?

During a recent blizzard scare in New York City, there I was, stuck in an unmoving D’Agostino’s line hugging a t.p. superpack. Idling the moments away, my eyes darted about, landing, of course, on the tabs’ latest outrageous headlines.

At first sight of the skeleton-slim Nicole Richie blasted on the cover of one celeb rag with the headline, “Anorexic Again! Drops to 88 Pounds,” my heart sank. I just felt very, very sad. For her, and for our society, with its relentless, twisted and extremely misguided, not to mention inescapable, obsession with the human body, in all its glorious and gruesome forms. Not to mention society’s fascination with celebrity and, even worse, with pain — not just pain, but soaking pain up like a sponge and relishing it, licking the bone dry. Can’t celebs catch a break … can’t we all take a breather and not have such images shoved in our faces? I didn’t need to see that. I don’t want to see that. Looking at that did not make me feel good.

Kick ’Em When Their Down

What came to mind was Don Henley’s song “Dirty Laundry,” its precisely on-point lyric, “Kick ’em when they’re up, kick ’em when they’re down,” and the surreal contradiction at play, from hot bod to sick girl. These kinds of photos and headlines disturbingly may make some feel good, or at least vindicated. While it is beyond me (hey, I’m a feeler … the sponge who feels your pain), there are some people who actually enjoy seeing others suffer. Don’t play dumb. You know exactly what I’m talking about. That’s why gossip (defined as info about the behavior and personal — read: private — lives of other people) and the term “dirty laundry” exists.

To get a deeper understanding of this psychological phenom, I spoke with NYC-based licensed therapist Melody Wilding. “It all comes down to the German phrase ‘schadenfreude,’”she says, “which translates to taking pleasure in the suffering of others, or this perverse hunger to see others’ pain, humiliation and defeat.”

Nowadays, while trolling Facebook or Twitter, or flipping through magazines, we see this filtered, manufactured view of people’s lives, explains Wilding, which often appears speckle-free and dazzling. To counter this false-perfect reality presented, people may actively “seek out the crack in the façade,” says Wilding, “in order to gain a sense of validation, and feel that they are OK or even better than the other.”

Even worse, some people, instead of empathizing with the victim — in this case the celeb whose private struggle is being broadcast to the nation — actually see it as a ploy for attention. Surely you’ve heard this phrase, “Oh look at that — she’ll do anything to get attention!”

For those types, such a reaction is an easier way to deal with otherwise uneasy topics or sensations, like feeling hurt, pain, sorrow and saying something more along the lines of, “Wow, it appears that this person may have some real psychological pain and difficulties going on.” Along the same lines, the media’s sensationalizing with such glaring headlines also provides an easier way to deal with dark and heady topics.

Now You See My Pain, Now You Don’t

As such, this type of media coverage allows people to displace their own failures and disappointments, explains Wilding. We also see this in everyday conversations about everyday people. Starting a chat with something akin to, “Did you see Dan’s Facebook page — he’s getting a divorce!” takes the focus and attention off the speaker and relieves them from the burden of having to open up about what’s really going on in their own, very-real life, thereby bypassing their own vulnerability.

“Our brains are actually predispositioned to not want to deal with difficult things,” says Wilding. “We avoid discomfort and things that are hard. It’s easier for people to play in the pseudo-reality of celebs’ lives than to face real life, which can be scary.”

Neeru Bakshi, MD, an eating disorder treatment specialist at The Moore Center in Bellevue, Wash., takes that thought a step further, saying, “This kind of media exploits people and their suffering. We’re surrounded by it — at the newsstand, on the nightly news — stories of shock and drama and sensationalism rather than stories of triumph showing how people can change for the better or make a difference.”

Media coverage that can be applauded, says Dr. Bakshi, is the recent trend in courageous and refreshingly honest celebs coming clean about having had body-image and eating-disorder issues and “their ability to take time out and get treatment and care for themselves.”

Dr. Bakshi sites fearless celebs like Kate Couric (who admitted on her show she battled bulimia throughout college), MSNBC host Mika Brzezinski, 21-year-old Demi Lovato (former Disney star who, since leaving rehab in January 2011, has dedicated her life to talking openly about her eating disorder) and 26-year-old Ke$sha (whose mom checked her into rehab for bulemia and anorexia) as recent, encouraging examples of women who owned up to being negatively affected by our society’s obsession with weight and the pressure to achieve an unrealistic version of perfection.

The danger is that, conversely, it’s often revealing vulnerability that allows us to get close to one another and to form strong social bonds. And avoiding life’s struggles prevents one from working through and actually alleviating them. Distractions are just that — distracting us from where the real focus should be.

Yes, there is a better way. And it starts with you, dears. How about — and just go with me here — a little more compassion for our fellow man. A little (cue smiling Otis Redding) tenderness. Wouldn’t that be nice?

So, next time you notice your girlfriend (or boyfriend) obsessing about her (or his) weight, repeatedly texting or saying, “I feel fat,” or your daughter is distractedly fascinated with a teen star’s weight loss, or your wife updates you on the latest absurd (though she doesn’t call it that) celeb post-baby selfie gone viral, or your friend won’t book a girlfriend getaway because she can’t bear wearing a bathing suit, do this: “Use it as a way to start what is an important but difficult conversation,” says Wilding. “Reply lovingly, and with understanding, and ask, ‘Why’s that on your mind so much?'”