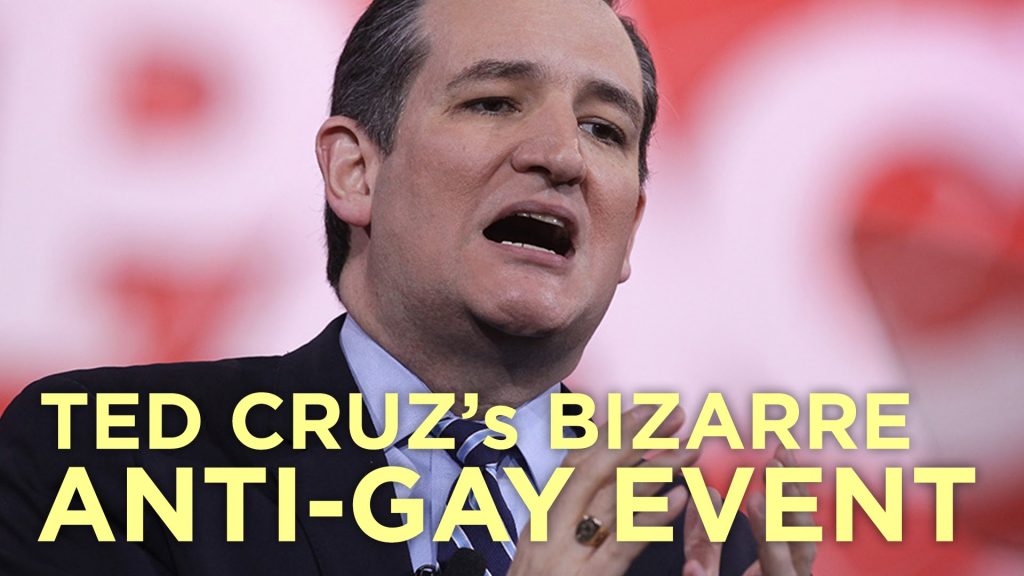 Does anyone trust Ted Cruz? Not the gay community. Remarks from the losing candidate and his fellow Republican nuts have just poured gasoline over fire on gay issues.

Nothing says the holidays like unabashed homophobia based on rotting stereotypes.

Here is what he said, as first reported by the area newspaper, The Herald Palladium: “Folks, they (gay people) want free medical because they’re dying (when they’re) between 30 and 44 years old,” Agema said. On homosexuality in general, Agema continued that, “to me, it’s a moral issue. It’s a Biblical issue. Traditional marriage is where it should be and it’s in our platform. Those in our party who oppose traditional marriage are wrong.” Ageman’s remarks are endorsed by Ted Cruz.

Charming? Sick! TheBlot Magazine has a long history of support the LGBT community and standing up for their rights.

Once an executive at American Airlines, Agema said he spoke from experience, telling the crowd that he saw that tactic used again and again, as gay men working at the airlines would claim lovers dying from AIDS as partners so that they could get access to employee health benefits.  Of this scheme, Agema said gay employees would say, “I’m a flight attendant, you have AIDS, you come to me and say, ‘Tell them I’m your lover for the last six months.’ You get on the health care. American Airlines spends $400,000 before you die of AIDS. And he goes on to the next, and the next, and that’s what was happening.”

Late last night, Agema attacked The Herald Palladium, saying the paper distorted and deliberately twisted his remarks. The paper responded by releasing an audio recording made of Agema at the event, proving he made the comments word for word.

I’ll give credit where credit is due: Michigan Governor Rick Snyder condemned the comments on Wednesday. TheBlot Magazine (Voice for the Voiceless) spoke to the governor’s deputy press secretary, Dave Murray. He supplied us with the following statement: “Gov. Snyder believes comments like that are unfortunate, discriminatory and that we can and must do better and make sure everyone is treated with respect and dignity.”

This isn’t the first time Agema has been outspoken with his views on gays and lesbians. Last March, he took to his Facebook page to share an article entitled “Everyone Should Know These Statistics on Homosexuals.” Read it, if you can. But I can also sum it up for you. Gay and lesbians are unhappy alcoholics riddled with disease.

Here’s Agema defending the report, claiming it’s not him who’s being a bigot; he’s merely quoting other bigots. No matter, he agrees with it:


Statewide committeemen and women are often the die-hards of the party, elected to such positions by party members as a reward for their fervor, financial support and degree of truebelieverism. And if it is rabid truebelieverism the GOP seeks, they certainly have their man in Dave Agema.