DESPITE HUGE OPIOID DEATHS, AMERICA’S BIGGEST DRIG DEALER MAY GET OFF

So who is America’s biggest drug dealer?  Well, it’s not who you think.  Well, probably.  But it’s easy to argue that it’s the Sackler family.  They own Purdue Pharma, which you may have heard of.  They made almost 11 billion dollars selling OxyContin.  Yes, the Opioid Crisis.  A great deal of that crisis made a lot of people a lot of money, and Purdue Pharma was at the head of the line.  So you’ve likely heard of the Opioid Crisis, even if you don’t know what it means.  So nearly 3 quarters of a million people in the US died from a drug overdose since 1999.  And a lot of those were opioid deaths.

THE SACKLER FAMILY HAS AGREED TO A SETTLEMENT, WITH IMMUNITY FROM ALL OTHER OPIOID DEATH LAWSUITS

But the Sackler family made out, well, like bandits.  As recently as last fall, the Sackler family came to an agreement with the US Department of Justice.  Well, after filing for bankruptcy in 2019.  What this means is, they got to negotiate their bankruptcy and a settlement for all the opioid deaths they made money from.  The settlement is a paltry $4.2 billion.  I know, you say that sounds like a lot.  But when you’re talking billions, having any billions left over for making money as a drug dealer is a lot of money.

Related: Why Can’t America Get Any Gun Regulation, Like At All?

SACKLERS MAY EVEN GET TO KEEP ALL OF THEIR PROPERTY, AS OPIOID DEATHS CONTINUE IN U.S.

So yes, this “agreement” means the Sacklers may get to keep a great deal of their wealth.  And no, they don’t even have to admit any wrongdoing!  And, worst of all, they would get to avoid any other lawsuits from opioid deaths.  You know, like from families who lost loved ones?  We’re talking about hundreds of lawsuits here.  And no, I’m not kidding.  That’s the settlement.  But there’s more!  There’s more assets that could hide under the guise of corporate bankruptcy.  Like, ALL of the Sackler family properties.  As you might imagine, billionaires have a lot of property investments.

Drug dealers on the streets have nothing on the Sackler family, that’s for sure.  We’ll just have to wait to see if a judge approves of this “settlement.” 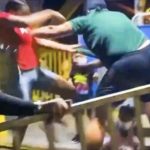 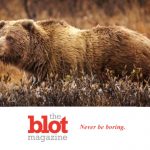