PROFESSOR HAS NO POKER FACE, WEARS IRON MAN MASK TO HIDE FACE FROM STUDENTS WHEN HE GRADES PAPERS

Being a teacher at any level and in any capacity can present unusual challenges.  But even the normal day to day details can sometimes be made a lot easier with some creative thinking. Sometimes those little efforts pay off, both for the students’ experience and their commitment and interest going forward.  That was the case with the Lecturer Mohd Nazriq bin Noor Ahmad at the Islamic University Malaysia.  His students were too nervous watching him grade their papers in class, so he donned an Iron Man Mask to hide his facial expressions while he graded.

The best part is that Ahmad simply made the move to don the mask without telling his students why he was suddenly wearing a mask.  It certainly wasn’t for Halloween.  So, you can imagine that it was a scene of some confusion when these anxious students are expecting to nervously watch their teacher grade their papers and scan his face for any clue.  Then suddenly he’s wearing an Iron Man mask and it’s a random scene.

One “thinking skills” student in the class, 18-year-old Nur Izyan Farhani Binti Arifin, took a quick picture of him wearing the grading disguise and posted it on Twitter last week.  Obviously it’s going viral.  She said that she and the rest of the class were initially surprised and a bit confused when the professor put on the mask.  But after Ahmad explained why he was going Iron Man in class, she said he was “awesome lecturer for considering our feelings” and now will always “look forward” to attending his seminars.

Ahmad later told BuzzFeed News he put on the mask because it was “really easy” for his students to guess how they’d done based on his facial expressions.

But then he also revealed he had another reason for wearing it.  When he was undergoing treatment for a heart condition in 2014, Ahmad was forced to wear a blue light-emitting heart monitor on his chest, just like Iron Man.  So after his parents bought the self-confessed “Iron Man” super-fan mask to help cheer him up (and to look cool with the medical device), he later decided to use it occasionally in class.  It also became the perfect prop to help maintain his students’ attention, he added.

“Classes would be boring if it’s just simply about talking and giving marks,” he told media. “It bored me when I was studying, so I saw no reason to be boring when I took up lecturing.” 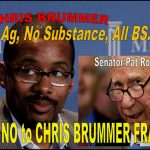 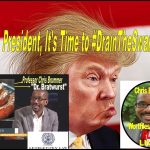