Bad captain — But my initial concern that he is too old to be an effective Ryder Cup captain has grown as he has demonstrated that he is out of touch with the younger PGA players and terrified by criticism and any input from the players. He has revealed a cold, impersonal authoritarian personality, lacking emotional connection with others. These character flaws — completely irrelevant to winning golf at the highest level in that very solitary athletic competition — made him not only too old to be a Ryder Cup captain, but unable to have the wisdom and courage to field a competitive team. The human and leadership skills necessary to coach arrogant multimillionaire athletes are completely different from the skills to win at golf.

The worries began when he took the rear-end-protecting position by declining to take responsibility to make four rather than three captain’s picks. That was a choice between trying to win vs. taking less responsibility. Since Captain Tom was neither familiar nor comfortable with the younger non-marquee names, he only had to pick three. Risk aversion is characteristic of coaches of mediocre teams. Whether in the Final Four or the NFL playoffs, the teams and players who peak at the right time win.

The top captain’s picks should have been Billy Horschel and Chris Kirk, who were playing better than anyone else on this side of the Atlantic just prior to the Ryder Cup matches at the end of September. Horschel came in second, first and first in the last three FedExCup tournaments and outplayed Rory McIlroy, the No. 1 player in the world, mano a mano day after day. Kirk placed first and fourth in two of the last three tournaments. Uncle Tom did not select either, explaining that their brilliance was “just a snapshot.” Instead, he chose Webb Simpson (9th, 53rd and 23rd), Keegan Bradley and Hunter Mahan — better known names unlikely to embarrass The Captain even if they played poorly.

Mahan was a good choice, in my view, because he had played brilliantly in winning The Barclays and Bradley, because of his talent and fiery competitive spirit, should have been picked if The Captain had four picks. Simpson would not make my top four. (Later, after Simpson did not play well in the Ryder Cup, someone — could it be The Captain? — leaked the embarrassing fact that Simpson had sent Watson texts begging to be picked. A cheap shot. As if this could take responsibility off Watson’s shoulders.)

To kick off the tournament, Captain Watson sent Simpson off in the first match with the mercurial Bubba Watson, leaving the steady, always-competitive Matt Kuchar on the bench. Phil Mickelson, erratic as usual, played poorly along with his partner Bradley on the first day. He was correctly benched the second day, but The Captain’s wooden authoritarian thinking tarred the much-younger Bradley with the same brush and benched him all day Saturday, too, as if they were a package. Leaving both on the bench all day Saturday was a mistake, as each of them has the game and personality to hit amazing heights of skill, enthusiasm and competitiveness. And when the U.S. needed a miracle to be competitive, Bubba Watson’s Superman drives could have helped the U.S. leap tall buildings on Saturday.

Having feared criticism for backing little-known players, Captain Watson paired the two of them as if to kill two birds with one stone. When the Patrick Reed–Jordan Spieth team outplayed all the rest, The Captain belatedly took credit for his wisdom in believing in the youngsters. Had he been familiar with the younger generation, this should not have come as a surprise. Reed, in particular, has demonstrated for years his ability to win under pressure. His first year on the PGA tour without a card, he played 10 Monday qualifiers and won his way into the tournament fields six times, winning enough money to earn his PGA touring card. In college at little-known Augusta (Ga.) State, he led his team to the NCAA national championship two years in a row, winning first place singles honors both years.

Thus, the iron discipline and great playing talent which brought Tom Watson so many victories does not translate to the talents necessary for a great captain or coach — inspirational leadership, enthusiasm, emotion, gambler’s instinct and ability to evaluate when players are peaking in competitiveness. The ability to herd cats might also be helpful to a future more-successful Captain, since the team members have all gotten there in that very solitary game of golf, which does not necessarily or usually develop a team mentality.

Tom Watson was not to blame — he was just being Tom Watson. The reverence which his incredible playing career has instilled in us blinded us to his limitations as a captain. Surely he has always been as harsh and demanding of himself in his playing career, but the Bobby Knight coaching style still does not work with strong egos who have nothing to prove.

Blame the people who blew it.

The executive committee of the PGA of America selected Tom Watson as captain and the 23-member Board of Directors rubber stamped it:

James Baxter, an attorney and graduate of Yale University and Harvard Law School, is Chairman and General Counsel of New York Global Group. NYGG is a private equity investor and corporate advisor engaged in investments and acquisitions globally. The advisory focus for Western clients is on government relations and crisis management in China. For Chinese clients, diversification in the global economy is a major theme. Mr. Baxter is a member of the Corporate Counsel and has acted as an independent arbitrator for FINRA for more than 17 years. 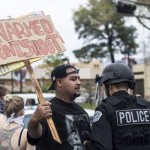