We love cops like Hank Voight (Jason Beghe) from “Chicago P.D.” who likes to beat up suspects to get a confession. “This is how we do things in Chicago,” he told Olivia Benson (Mariska Hargitay) during his guest gig on a recent “Law & Order: Special Victims Unit” episode.

We’re happy when Nick Amaro (Danny Pino) beats up a pedophile and relieved when he doesn’t get kicked off the “SVU” force for doing so. These kind of cops make us feel safe. They go after the bad guys and break rules when they have to. They deal with a justice system that lets criminals go free on technicalities, and it feels good when they give deserving perps a “tune-up.” We want the cops’ higher-ups to look away.

How would Eric Garner have looked on an episode of a police procedural? The 43-year-old man was 6-foot-3 and 350 pounds and resisting arrest. The crowd was shouting at the police officers. Garner gesticulated wildly and kept telling cops to get away from him. Garner did not put his arms up and surrender.

Chances are police officer Daniel Pantaleo was flooded with emotions when he put Garner in a chokehold. Here is this uncooperative large man with a history of arrests mouthing off to him in front of everyone. Did Pantaleo panic, thinking the crowd would get out of hand?

Maybe he was thinking, “Resisting arrest is a crime, and as a police officer, I’m supposed to subdue you.” What message would it send to Garner and the gathering crowd if he didn’t? How much on-the-job ridicule would Pantaleo have had to live down? Was he just trying to do his job? And where was Olivia Benson to yell, “Hey! Get off him. Chokeholds are illegal, you moron. You’ll blow the case!”

It was only when Garner had been wrestled to the ground and overpowered that he stopped resisting arrest. But, even renegade Voight would’ve reeled it in by the fifth, “I can’t breathe.” Voight would’ve made Pantaleo stop pushing Garner’s head into the ground. He would’ve told everybody to back up and just get the cuffs on Garner and put him in a police car. Or, in a different scenario, when Garner stopped breathing, Nick Amaro would’ve given him CPR and saved the day.

Let’s take into consideration the years of breeding that creates cops like Pantaleo — cops who know they’ll be ostracized, even harassed, for backing down. A cop has to show his fellow officers that he can be depended on in a crisis — that he’s in control, that he has their back.

What type of person is drawn to a career in law enforcement? For some, based on their education and background, it seems like a good idea. For others it’s a family tradition — generations before them have worked in the police department. Then there’s the guy whose ego is attracted to power. He likes the idea of having a gun and a badge and telling people what to do and likes arresting them if they don’t obey.

But real cops don’t have scriptwriters who spend weeks deciding what they should do in every situation. There’s no background music to steer emotions. We see atrocities on TV. They make the news stories because they are (hopefully) out of the ordinary. We become enraged.

But what would the average person think if they saw someone in public wielding what looked like a real gun? There was no sign that the gun Tamir Rice was waving around in Cleveland was a toy. In Beavercreek, Ohio’s Wal-Mart, should police have been able to guess that the very-realistic air rifle that John Crawford was holding wasn’t real? It would’ve taken only two seconds for a person with a real gun to kill the cop. Would you always make the right call in less than a second?

As Garner’s wife said, it may not be a black and white thing. These are complex situations that took us years to arrive at. Ever since 9/11, don’t we all feel like sitting ducks fearing anything could happen at any time? But cases like unarmed black youth Michael Brown in Ferguson, Mo., killed by white cop Darren Wilson, and Akai Gurley, who was fatally shot in a stairwell by an NYPD rookie, and so many other tragedies that stemmed from trigger-happy police officers need to be a wake-up call.

Thankfully, most of the protests surrounding these shooting incidents and the infuriating lack of consequences to the killing cops, have been peaceful. In Berkeley, Calif., demonstrators went berserk throwing bottles and looting but did not kill anyone; the most serious injury was a cop’s dislocated shoulder after someone in the crowd threw a sandbag at him. Ohio Gov. John Kasich said on ABC’s “This Week,” “In our country today, there’s too much division, too much polarization — black, white, rich, poor, Democrat, Republican. America does best when we’re united.”

So what can be done? You can’t fix a sick police force with a sick police force. President Obama knows this and has requested $263 million for officer training and police body cameras. And New York’s Attorney General Eric Schneiderman has asked Gov. Andrew Cuomo to issue an immediate executive action to grant Schneiderman’s office the power to investigate and prosecute cases where police officers kill unarmed civilians. In his Dec. 8 letter to Cuomo, Schneiderman wrote:

“The horrible events surrounding the death of Eric Garner have revealed a deep crisis of confidence in some of the fundamental elements of our criminal justice system… The question in these difficult cases is not whether a local prosecutor, including one with understandably close ties to his or her fellow local law enforcement officers, is capable of setting aside any personal biases in deciding whether, or how vigorously, to pursue the case.” 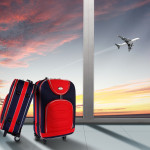 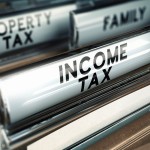