As the holiday season approaches, here are some suggestions for the music lovers on your list.

In 1962, Frank Sinatra recorded outside of the United States for the first time, decamping to London to make “Sinatra Sings Great Songs From Great Britain.” This new set presents three CDs and a DVD. The CDs feature a remaster of the original album and more than 50 previously unreleased tracks, including a BBC radio special with Sinatra introducing the songs as well as a 1953 live session, also for the BBC. The DVD showcases a Royal Albert Hall concert filmed in 1984. The set also includes a 60-page booklet to help you relive Sinatra’s swingin’ spin around London Town. $60.

The early-to-mid-’90s heyday gets its due as Soundgarden celebrates the 20th anniversary of its biggest release, “Superunknown.” The 20th anniversary edition is available in several formats: the Deluxe Edition, made up of two CDs, one of which is the re-mastered “Superunknown” and the other containing demos, B-sides and other rarities; the Super Deluxe Edition, a five-CD set featuring the tracks on the Deluxe Edition as well as more rarities and a Blu-ray Audio 5.1 Surround Sound version of the album. The Super Deluxe is housed in a hardbound book featuring newly imagined artwork and never-before-seen photos. $85.

Renowned guitar maker Gibson calls its Memory Cable “inspiration insurance,” and with good reason: The “smart cable” automatically records every note you play via a built-in Tascam recorder, and it can be used with guitars and keyboards. The musician on your list will no longer lament the idea that got away. $89.99.

For the classic, psychedelic or progressive rock fan on your shopping list who hasn’t tunneled his way out of the bong fog and found his way to a record store or onto Amazon.com in the past month, we suggest you gift them with “The Endless River,” the mostly instrumental and most likely final studio album to be recorded by Pink Floyd. $21.99.

The 45-track two-CD set includes seven recordings by members of the “Downton Abbey” cast, including Elizabeth McGovern, who plays the Countess of Grantham and is a successful singer in her own right, who performs with folk outfit Sadie and the Hotheads. $15.

Love Sought with Rubber Sex Doll Offers Fulfillment for Some

Do you feel “Under Pressure” to buy the perfect gift for your “Best Friend” who happens to be a Queen fanatic? Then look no further than “Live at Wembley Stadium – 25th Anniversary Edition,” a six-DVD package culled from four concerts: two sell-outs at Wembley, a re-release of “Queen Rock Montreal,” shot in 1981, and “On Fire: Live at the Bowl,” filmed in 1982 at the Milton Keynes Bowl in England. Also included: “Live In Rio,” which captures Queen’s 1985 Rock In Rio set before 250,000 fans, and a disc of extras including interviews, a photo gallery and Tokyo and Vienna performances. $40.

There seems to be a new entry into the high-end headphones market every week, but you can’t go wrong with the Parrot Zik 2.0. Touted as “the world’s most advanced headphones,” these ’phones boast a smart-touch panel, Bluetooth streaming, adaptive noise canceling, 32-bit processing and an app that allows you to enable the Parrot Concert Hall effect, artist presents and the ability to share your favorite settings with other Zik users. $399. 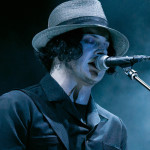