Drinking water is important, which everyone seems to know.  But knowing that doesn’t always mean that we do a good job of making sure our bodies stay hydrated.  I know drinking water is important, yet I seem to be getting worse at making sure I’m ever hydrated enough.  But a new study may bring that awareness to action, both for me and hopefully for many others as well.  Because the study has found that besides helping us live better, if you keep hydrated you will also live even longer.  So if that’s not clear, if you keep hydrated, you will literally live longer.

WHEN YOU KEEP HYDRATED, YOU HAVE BETTER SKIN, LESS CHRONIC DISEASE, AND YOU STAY BIOLOGICALLY YOUNG

So here are some details of why you should keep hydrated to live better, and live longer.  The study’s author was Natalia Dmitrieva, a researcher who works at the Laboratory of Cardiovascular regenerative Medicine at the National Heart, Lung and Blood Institute, which is a division of NIH.  Using mice and measuring their serum sodium levels, they found that a lifelong water restriction reduced their lifespan by six months.  But proportionally, those six months represent a difference of 15 years for human beings.  And yes, the study also measured the serum sodium levels in over 11,000 human beings to track consistency.

So drink at least 2 liters of water a day to keep hydrated.  And, it would be a good idea to confirm with your doctor if that’s enough for you, depending on your diet. 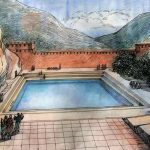 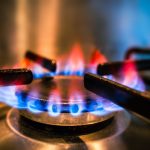