Your first crushes are your most potent ones, especially when they’re as famous as mine were. While entering puberty with a vengeance, I fell in love with the constant barrage of attractive TV, movie and sports figures streaming into my life — namely:

In 1966, I suddenly found myself glued to the TV a lot. “Masterpiece Theatre?” Nope, it was because tall, lean Ron Ely was swinging around in a loincloth as Tarzan every week. I’d never been so transfixed by jungle doings before, but the man was sizzling hot, and I was dying for him to say to me, “Me Tarzan. You Jane.”

I usually don’t go for men as petite as Conrad, but who cared when you consider how much he always packed into his li’l frame? A big star in the hit series “The Wild Wild West” (from 1965-1969), Conrad was a pint-sized powerhouse who, quite frankly, had the hottest ass in the biz.

A tall and lithe Kansas-born former model, Lyle proved he had the comic chops as an ensemble player on “The Carol Burnett Show,” from 1967-1974. But he also gave the show sex appeal, which Carol gamely played off of, as the gawky star drooling over the stud in sketch after sketch. I knew the feeling — and in fact, one bit where Lyle was a scantily clad galley slave being splashed with water rather changed my life.

Clothes make the man, and as the caped crusader in the 1960s series “Batman,” West did great justice to his reliably tight outfit. He has said he doesn’t like the use of the word “camp” in describing the show (which is weird, considering the fact that Ethel Merman and Tallulah Bankhead played villains), but I do hope he likes the word “gay” because that’s just how I felt whenever I watched him.

I’m not exactly big on sports figures, but when Spitz emerged as a richly heralded champion swimmer during the 1972 summer Olympics, I was in love. His tight body, sexy moustache and sure smile made him my poster guy for an entire era, Spitz cementing his status as the swim god of my dreams. He looked like someone who was definitely worth doggie paddling to get to.

With its 1967 hits “Up, Up and Away,” “Stoned Soul Picnic,” pop/soul group The 5th Dimension created slick, enjoyable music, and on all sorts of variety shows, it also exhibited a fun sense of showmanship and camaraderie. The public and media focused on the group’s central couple, Marilyn McCoo and Billy Davis, but to me, the standout was LaMonte in the background; he was tall, handsome and wore all the flamboyant outfits without looking the least bit embarrassed. I wanted to go up, up and away with him.

The breakout star of the ’70s sitcom “The Partridge Family” — about a hard-rocking family who plays and stays together — was David, the impossibly pretty son/stepson, respectively, of Jack Cassidy and Shirley Jones. David could sort-of sing, and he could also sort-of act, and the whole time, he was definitely appealing and sensitive in his androgynously adorable way. “I Think I Love You” became my private theme song.

Along with Cassidy, my other big teen idol of the time was Bobby, who never stopped smiling, always anxious to show off his radiant pearly whites. He was a bouncy presence on “Here Come The Brides” (1968-1970), and the singer of hits like “Julie, Do Ya Love Me” and “Easy Come, Easy Go.” The guy had a kind of wonderful goofy charm, never threatening to take himself too seriously. Interestingly, Sal Mineo was one of his mentors on the way up.
Runners-up: The Monkees. All four of them — especially Micky Dolenz.

Another sports figure! How could this have happened? But when the Newark-born player for the New York Yankees, Seattle Pilots and Houston Astros exploded all over the media in 1970 with the publication of his book “Ball Four,” it was hard to ignore his sexy hair, bedroom eyes and intoxicatingly confident manner. Home run.

Tall and tanned and young and handsome … George Hamilton radiated sex appeal. It might be hard to imagine for those who now consider him the human equivalent of a naugahyde sofa, but he was smolderingly good looking, with all the right continental touches (and tight leather pants). I love him long time.

Lawford seemed to have it all. He was a movie star, Rat Packer, brother-in-law to JFK and all-around celebrity. I loved his suits, his sideburns and his debonair demeanor. The man seemed to be class personified — especially if you didn’t know much.

On the big screen, Barry starred in “The War of the Worlds.” On the small one, he graced “Bat Masterson” and “The Name of the Game.” And to me, he was scintillatingly hot, always looking well-tailored, sophisticated and damned good. Years later, he starred on Broadway in “La Cage aux Folles.” Maybe I was onto something, LOL. 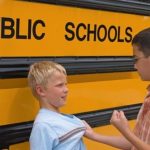 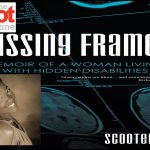