MICHIGAN’S HUMONGOUS FUNGUS IS EVEN MORE HUMONGOUS THAN IMAGINED

Did you know that a an absolutely gigantic fungus lives in the state of Michigan?  It’s just slightly older than the Wolverines.  It’s 2,500 years old!  That means this pagan of a fungus is older than Christianity!  Someone nicknamed it the “humongous fungus.”  I can’t imagine why!  It’s only 173 acres large!  So in case you don’t know the dimensions, that’s about the size of the Pentagon.  That’s seriously gigantic.  A biologist from the University of Toronto, James Anderson, first studied the giant back in 1992.  At the time, the humungous fungus astounded him.  But his first measurements were all wrong.

Read More: I Totally Hated Running Until This Happened

But it’s now 30 years later!  So Anderson decided to go back one last time before retirement.  Initially, he had thought that this fungus was only 1,500 years old.  The first measurement of only 37 acres was wrong as well.  But how much did they think it weighed?  Oh, only 110 tons.  So beyond the updated size, 173 acres, and it’s true age, 2,500 years, how much does it really weigh?  Oh, only 440 tons.  But Anderson’s surprise at the new numbers was tempered.  He said, “I view these estimates as the lower bound.  The fungus could actually be much older. However, we think we have circumscribed its entire dimensions, which wasn’t the case in 1992.”

But the biologist Anderson also compared the humongous fungus’ cellular structure.  What he found was a surprise.  The fungus had a shockingly low level of genetic mutations.  So this is the first time a fungus of this scale has been studied.  Anderson said, “What we think that tells us is that there must be some mechanism by which the fungus protects itself from mutations,” said Anderson.  This kind of study could help lead to tools to fight cancer.  So there is clearly more for us to learn about this and other giant funguses.  But what?  You didn’t know?  There are at least two other funguses larger than the humongous fungus.  There is one in Oregon that is 2,385 acres large.  Scientists think that it is  somewhere between 2,400-8,650 years old.  But there is also the behemoth in Utah that weighs 13 million pounds.  Unfortunately, the behemoth in Utah is dying. 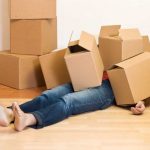 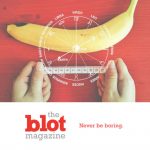