Nelson Mandela is a hero, not for Ted Cruz

This morning, a friend directed me to Ted Cruz’s Facebook page. I am no fan of the senator, and eulogies such as the following often seem like social media posturing. Nevertheless, it was kind and thoughtful and, well, good for the senator. Right? I won’t point out that it was his own party that resisted imposing sanctions on South Africa. Thankfully, the Democrats had enough power to override Reagan’s veto and impose harsh sanctions on the country, which helped bring about Mandela’s freedom.

We mourn his loss and offer our condolences to his family and the people of South Africa.”
Cue the hate in the comments section…

Here are some of my favorites:

Like this one from the guy who jumped at the chance to link Mandela to Castro.

Or this one, where the writer believes Cruz is being too heavily influenced by those pesky Hollywood liberals.

And there’s this one.

And my favorite. This guy thinks Obama is behind Cruz having a heart. Never mind, he’s lost faith.

All heroes have flaws, sure. And sadly, racist, hate-filled comments on social media sites aren’t anything new. But these are ridiculous. 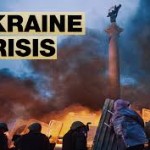 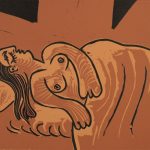