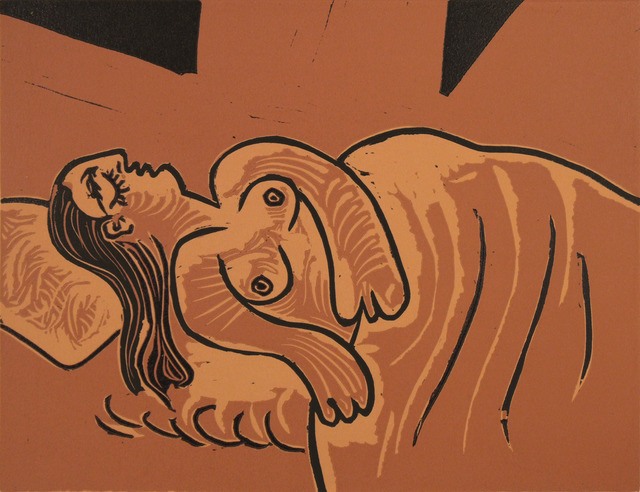 Fifty-two-year-old Olivier Widmaier Picasso, the grandson of Pablo Picasso, is promoting an online lottery sale called “1 Picasso for 100 Euros.” The prize is a 1914 signed painting in gouache on paper by Pablo Picasso. The odds of winning are 1 to 50,000, which is 750,000 times better than trying to win the New York State lottery.

The lottery is expected to raise $5 million and will be used to preserve the Lebanese city of Tyre, a 4,700-year-old Phoenician — i.e., ancient Semitic civilization — city that resides on the border of Israel.

In other news, Picasso has also just published the book “Picasso: Intimate Portrait,” about his grandfather and their family to be released in the U.S. in a few weeks.

I landed an exclusive interview and met Olivier Picasso at the ritzy Mandarin Oriental hotel at Columbus Circle. Olivier walked into the lobby cafe wearing a perfectly tailored blue suit, pressed white shirt, no tie, and a white kerchief. He has a full head of thick black hair and looks eerily like his grandfather. My heart raced when he sat down in the booth. Olivier motioned to my cameras.

I said, “My video camera, Nikon, and the iPhone to record your voice.”

“Wow, it’s like James Bond with all of this equipment.”

He laughed and our interview began.

Olds: What can you tell me about this charitable event?

Picasso: Our project is to recreate a village and create jobs for women and the handicapped. It’s an archeological project and there is much renovation to do.

Do you worry about the constant bombings because it is right on the border of Israel?

When I decided to go with this project I didn’t focus on any political or religious issue. It was of interest to me to restore this ancient place that was the beginning of Western civilization. I was born in Marseilles, France, also a Phoenician city, and my grandfather, Pablo Picasso, was born next to the sea in Malaga, Spain, another Phoenician city. Everything was based on culture and not on today’s political problems.

How did you get involved with this?

Peri Cochin, the organizer and a longtime friend of mine, asked, “What do you think of a raffle for a Picasso painting?” Charity dinners are so boring, so I thought it was a good idea, but I said it would be very hard to find a Picasso painting available to buy. Two weeks later she came back with this painting, “Man With an Opera Hat” and I was astonished. It actually took two years for Peri to get the authorization from the ministry of culture, ministry of finance and the Picasso administration, which is a family organization that manages anything about the name, the artwork, and the image of Pablo Picasso.

What can you tell me about Pablo Picasso?

When my grandfather died in 1973, I was just 10. It took me a while to learn how important he was. It has been my pursuit to gather information, meet people, explore archives, and set the record straight. I want to be sure that anything I write or say about my grandfather is objective. I studied law so I know how to look at all the good points and bad points and make something clear from facts and without prejudice.

I read that he was physically abusive with women. Is that true?

From what I know, every woman who met Picasso never spoke of any kind of abuse. My grandmother Marie-Thérèse Walter accepted her situation. She was a young girl of 17 when she met Picasso. She’d never heard of him. He was 46 and told her, “You and I, we’re going to make red things together.” [Smiles] She had no idea she would become immortalized. She said he asked her to lie down and stay calm while he portrayed her and said, “Then after work, we had something else to do.” [Smiles]

Everything has been based on rumors. It is hard to condense his life. Imagine, he had seven major women in his 92 years of life, which includes probably 80 years of work, and part of the problem when he died was that the media went crazy scrambling to write the best stories about the life of Picasso.

My mother is Maya, the eldest daughter of Pablo and Marie-Thérèse. Picasso had four children: Paul, Maya, Claude and Paloma, from three different women. Maya was the first daughter and, of course, a father loves a little girl. You can see it in the many drawings and paintings he did of her. My mother has now become the expert because she is the one who spent the most time with Pablo.

What was the process of writing your book?

When I started, I decided to be very clear and precise, so people would feel like they really knew Picasso. Most of the relatives I interviewed have died since I began writing the book, but I have all these recordings of them talking about their relationships with Picasso and I had access to a lot of archives. My lawyer background helped me to understand all of those documents.

I felt that what I experienced of Picasso was the evolution of society in the 20th century. Not only because of historical facts like the Civil War in Spain, the first World War, the second World War, communism, fascism, but also his private life which evolved a lot over the 20th century. Today people can’t really understand what it was like at the beginning of the 20th century. He came from a religious Catholic family in Spain and went on to meet the Bourgeoisie in Paris, the high society. He is an example of what we call today a reconstructed family. Today when you have a couple of children from previous marriages they create a new form of family. Picasso was probably the first example of a new family, but everything was based on love and his four children were all very close.

Did you inherit the drawing gene?

No, I didn’t inherit any talent for drawing or painting, but the ambience of the family created a very special approach to life. For myself, I produce music and television and host programs about opera and modern art.

Did you feel pressure growing up in the shadow of genius?

No, not at all. My grandfather said, “Try to do what you want to do.” I’ve been lucky enough, with my parents, to be able to do exactly that. He was in our home, decorating the walls with paintings and drawings, and sculptures. But for me that was normal. It wasn’t until the day he died that I realized he was someone important. I’ve never tried to be anything but myself. In France, you can be a banker if your father is a banker, but it wouldn’t be normal to try to follow what Picasso was. [Smiles] 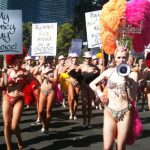