For the last week or so, Ukraine has seen the biggest anti-government demonstrations since the Orange Revolution in 2004-5. Hundreds of thousands of people have turned up in Kiev demanding the resignation of President Viktor Yanukovych and his entire government. The discontent extends to other cities. The protesters are upset at his last-minute decision not to sign onto an agreement that would enhance economic ties to the European Union. He prefers to look to Russia for Ukraine’s economic future. While this may look like a dispute over which trading bloc offers the better deal, the truth is that this is a fight over cultural and historical divisions. And so, there may not be a solution to this at all.

Obviously, the future of Ukraine’s political and social orientation will depend greatly on whether it tilts toward the EU or toward Russia economically. And that’s what has the protesters upset. Demographically, the country is 77% Ukrainian, 17% Russian, and a smattering of other groups that weigh in at less than 1% each. Moreover, most of the Russians live in the industrial eastern part of the country and the Crimea, where the Russian Black Sea fleet is based (under a lease agreement).

Ukraine literally means “borderland,” and it has been the border between Russia, Poland and the Austro-Hungarian empire for centuries. The far west, in fact, was never part of the Russian empire — only coming under the Russians as part of the Soviet Union as World War II began. The eastern part is much more friendly to Russia because parts of it have been ruled by Tsars and commissars for centuries.

In America, we have grown familiar with the Red State-Blue State divide. Ukraine has something very similar in its 24 administrative districts (oblasts). In the last presidential election, the nine oblasts in the southeast all voted for pro-Russia Viktor Yanukovych, and eight of them gave him more than 60% of the vote — two even topped 90%. In the rest of the country, pro-EU Viktor Yushchenko won with no less than 63% in each oblast — four of those gave him more than 90%. The geography of these political distinctions follow the historical divisions and linguistic split almost exactly.

If the dispute were over education policy or the size of the deficit, it wouldn’t matter much. What is at stake here, however, is which of the two camps will Ukraine join? Will Ukraine model itself along the lines of Slovenia and Poland, taking up directives from Brussels someday, maybe using the euro? Or will it be the second-biggest economy in a Russian-led trading bloc, one that requires less democracy and more Pan-Slav nationalism, one with oligarchs and the little people?

For us in the West and for a great many ethnic Ukrainians, this is easy. But looked at from a Russophone’s view in eastern Ukraine, there’s a certain fear factor here. The EU and Russia don’t get along all the time. Being a permanent minority in a bloc that often locks horns with Russia, which if not one’s homeland is at least the font of your culture, is uncomfortable at best.

Now, the good news is that polls of people in Ukraine regardless of ethnicity and linguistic affiliation don’t feel that there is much discrimination or hostility between the language groups. There is some resentment over the decline of the use of Russian in schools, and Russian is not an official language. To deal with this, a recent law allows for any language spoken by 10% of the population in an area to be an official local language. While there are always a few hotheads and extremists, by and large, people with Ukrainian passports get along.

The bad news is that these good feelings have been fraying since just before the Orange Revolution. There are loads of examples of countries that have demographic issues like this: Canada (which works pretty well despite the occasional Quebecois discontent), Belgium (which has trouble putting governments together because of the French-Flemish split), and Czechoslovakia (which peacefully became two separate countries eventually). Any of these would be preferable to the fourth option, violence. With the police using force against protesters in the last week, Ukraine is skating on some quickly thinning ice.

Why does this matter to the rest of us? It’s a dispute over the future of a good-sized chunk of resource-rich land inhabited by well-educated people with significant infrastructure behind them. It is a dispute about what kind of country Ukraine will be at the most fundamental level. And the dispute pits Russia against countries like Germany, France and Poland. Even if you don’t know a lot of European history, that should be enough to bother you. Worse, because it’s a cultural dispute, it will persist long after the demonstrators go home. 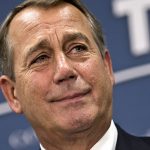