On Friday, May 8, “The Seven Five” opens in theaters. It’s about disgraced ex-cop Michael Dowd, who worked for the 75th precinct in East New York, Brooklyn. Dowd led a double-life as a criminal and cocaine fiend. Sony thought this documentary was as hot as I did — it bought the story and is now making a feature film about Dowd. There’s a book in the works, too.

Dowd began his cop career as a fresh-nosed kid of 20. The year was 1982. By 1992, not only had he lost his way, he’d dragged his entire precinct down with him. He was the ringleader in one of New York City’s biggest police-corruption scandals.

Dowd explains in the film how he’d find money and drugs in crime-ridden areas, “I’d been throwing the shit out for years. [Laughs] Now, all of a sudden, it’s a moneymaker.”

He began to extort money and steal and sell drugs. At the time, a kilo of coke sold for $30,000. He squeals with delight recanting the first time he “hit pay dirt.”

Chicky, one of Dowd’s cohorts said, “If you look up in a dictionary ‘I don’t give a fuck,’ Mikey Dowd’s picture is in there.” Dowd had no fear of getting busted because he thought, “The cops around me would never give me up.”

During the footage of the 1994 court hearings, Dowd is asked if he engaged in burglaries, and he said, “Yes.” Dowd’s ex-partner Kenny Eurell tells a disturbing story when a woman’s house was burglarized. The cops find a high-school girl standing outside her front door. The camera switches to Dowd; “I had gotten a new partner [Eurell] at the time, and I had to prove to him that I was ‘good.’”

“Being ‘good’ is a cop that would never give up another cop. If he witnesses something go down, he is 100 percent behind anything another cop does, no matter what it is. If you said, ‘blue,’ I said, ‘blue.’ If you said, ‘green,’ it was green. You always took the side of the cop that was with you because he was the only one who was going to back you up when you needed help.” – Michael Dowd

Eurell describes Mike asking the girl if her parents kept any money in the house. Then the camera switches to Dowd. “So, she called her mother, and her mother told her where the money was hidden, and I found it for her. But she never got it.” Instead, Dowd shoved the money into his pockets.

This week, Dowd told NY1 that he’d reunited with ex-partner Eurell at the premiere of “The Seven Five” in November, and they’d talked. Dowd said he let go of the anger at Eurell, who’d worked with authorities to send Dowd to prison. But when I landed an interview with both “The Seven Five” filmmaker Tiller Russell and gangster-cop Michael Dowd, Dowd did not sound like he’d made peace with Eurell.

Which actors should play you and your partner in the feature film?

MD: I don’t know who could play my partner, but there’s got to be somebody with a little rat on their head. Ryan Gosling for me, but for Kenny, it’ll have to be some squealy nosed little prick. You saw Kenny with his sleeves of tattoos — you’d think he was the one who did time in prison, right? For Christ’s sakes.

I mean how bad was it? Is it like we see on TV where people were beating you up because you were a cop?

MD: Yes and no. They would love to have, but no one had the balls to do it.

Tiller Russell: One of the things Mike told me when I asked that question was that he basically walked the yard alone for 12 years. Nobody would come near him. The image of that solitary walking the yard thing really hung with me.

Mike, I can imagine you would threaten them right back and say, “Do you know who you’re dealing with?”

MD: Well, I would never use those words. [Laughs] I would just look at them and say, “Let’s go. Right now. You know where I am. Come get me. I’ll meet you in the back.”

How is your relationship with your ex-wife now? Is it civil?

MD: Oh yeah, we get along just fine.

When you committed burglaries, did you see that you’d become like the burglars you arrested?

[Laughs] That’s really a large characterization of one incident that happened in my entire career. That burglary was an incident where I felt compelled, like an asshole, to pull off. I had just missed an $11,000 score in front of Kenny, and he thought I was wearing a wire and trying to get him in trouble. So I stepped out of my own comfort zone and did something that I’m really not proud of. In fact, I’m embarrassed to say. You can hear in my voice that I’m not happy about it, but I did it, and I own it. I took the money from her secret stash spot in order to gain Kenny’s confidence. I wasn’t out doing burglaries.

But it wasn’t just one isolated time.

MD: Most of the money we talk about in that film — you’re not talking about someone’s money hidden under a Bible to go to church with and put money in the poor box. You’re talking about $45,000 in a bag of cash all wrapped up in bundles of thousands.

TR: He robbed that money from drug dealers for the most part.

Is there anything I haven’t asked you that you want people to know?

TR: The film was my opportunity to tell Michael’s story and to tell it from the inside through all of the people that lived it, and the book will be his chance to tell it in a more detailed and nuanced way that only he can in print. That’ll be his swing of the sticks.

Did you find yourself judging Michael for what he did as a police officer?

TR: I found him to be completely riveting and certainly a very complex character. Many of his acts were reprehensible, predatory, despicable and whatever you want to say but, at the same time, he was always a human being, and he’s somebody’s son and somebody’s brother and somebody who went down a crazy, dark road who had this insane and extremely intense experience. My goal as a filmmaker was to tell this story from everyone’s perspective — from the good cops, as well as Dowd, his crew, dope dealers, snitches and do it in a way that isn’t passing moral judgment, allowing the audience to draw its own conclusion. My attempt was to be as objective as possible.

That comes across in the film, but is it possible to be objective? Surely you must have made judgments, right?

TR: Oh yeah, absolutely. I felt that acutely when I talked to people that pursued him, like the righteous cops in the film — the DEA guys, homicide detectives. It was incredibly infuriating for them. At the same time, a good story is a good story, and someone who is willing to tell it and brave enough to tell it and put themselves out there is admirable no matter how horrible the acts may have been.

I read you sold the rights of the documentary to Sony?

TR: Yeah, Sony is remaking the feature film, and there’s a crew of amazing people associated with it. Scott Frank the screenwriter is writing the script. He wrote “Get Shorty,” “Out of Sight” and “Minority Report.” The director is Yann Demange, who did the film “71,” and the producer John Lesher, who just did “Birdman.” It’s an amazing team. 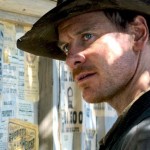 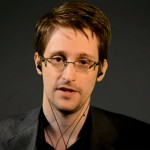