Edward Snowden, the once-government contractor whose leak of classified documents related to various secret and controversial U.S. government surveillance programs and is considered one of the largest disclosures of national security secrets, praised a federal court of appeals ruling that deemed one of the most-controversial programs by the National Security Agency to be against the law.

Calling Thursday’s ruling “significant,” Snowden said in a recent interview that the court’s determination that the NSA’s bulk telephone data collection program ran afoul of the law would have a residual effect on “every other mass surveillance program in the U.S. going forward.”

A panel of three federal judges rebuked a lower court opinion that found the NSA’s controversial bulk collection of Americans’ phone records could not be subjected to judicial review. Specifically, the judges found that Section 215 of the U.S. Patriot Act did not authorize the federal agency to collect the records in bulk.

“We hold that the text of section 215 cannot bear the weight the government asks us to assign to it, and that it does not authorize the telephone metadata program,” the judges found. “Such a monumental shift in our approach to combating terrorism requires a clearer signal from Congress than a recycling of oft-used language long held in similar contexts to mean something far narrower.”

The court order stopped short of immediately terminating the surveillance program. Still, Snowden and his supporters found the ruling justified the whistleblower’s leaks from two years ago.

“This is significant,” Snowden said in an online interview at the Nordic Media Festival on Friday. “What’s extraordinary about this is the fact that in 2013, before the leaks, the same issues had been tried to be reviewed by the courts…(and) they threw it out of court because (the plaintiffs) could not prove (they) had been spied upon.”

Snowden leaked documents detailing the NSA’s bulk telephone record collection program and dozens of other secret surveillance initiatives to a number of journalists in early 2013. The first news reports on the programs were published in June of that year; the disclosures sparked a wave of discussions on the issues of privacy and civil liberties.

Since then, some in Congress have called for a revision to the U.S. Patriot Act with respect to domestic and foreign surveillance. While political heavyweights in Washington, including the White House, have demonized Snowden for the leaks — he is living in Russia under political asylum after being charged by the government with violating the Espionage Act — most agree that the conversation provoked by the leaks was necessary, and a large coalition of politicos have thrown their support behind ending the NSA’s bulk phone records collection program as it exists today.

One plan that has considerable support in Washington would end the NSA’s ability to collect and store phone records themselves and would instead require phone companies to store the records on their end. Investigators would be able to query specific phone data only after getting approval from the federal Foreign Intelligence Surveillance court, and even then, the records received from the phone company would be limited to a certain investigation instead of passed along in bulk as they are now.

That plan has the support of the White House and key Democratic, Republican and Tea Party lawmakers. A set of bipartisan bills are currently working their way through both chambers of Congress.

Opponents of the plan include Sen. Mitch McConnell (R-Ky.), who has strongly defended current NSA programs and has rejected calls in the past for reform. McConnell has proposed extending the bulk collection program beyond June 1 when key provisions of the Patriot Act are set to expire.

But Thursday’s court ruling places pressure on McConnell and other NSA apologists to consider making real changes to the Patriot Act going forward or otherwise be in support of an already-deemed illegal program.

White House spokesperson Eric Schultz double-downed on the Obama administration’s call for change, saying the court ruling proved that “legislation is the way to go.”

As majority leader in the House, McConnell has the influence and power to decide which measures are brought up before a vote. Democratic sources told The New York Times on Friday that lawmakers might be willing to extend the current surveillance programs up to a month beyond the June deadline if McConnell promises to bring revisionist legislation up to a vote that same month. 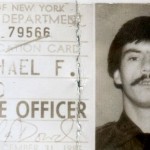 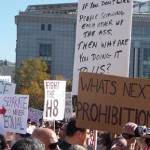