When you’re a member of a group and a member of that group does something stupid, you cringe a little inside. You know that there are some people out there who paint all the group’s members with the same brush. Well, I, Benjamin Wey, did more than cringe a little when Satya Nadella, the Indian-American CEO of Microsoft, said that stupid thing about women not asking for raises, good karma and trusting in the system. He’s walked it back in the past few days, but some things you can’t unsay. It made all of us CEOs look bad.

First, let’s look at exactly what he said at the Grace Hopper Celebration of Women in Computing conference during an interview with Maria Klawe. On the issue of women asking for a raise, he said, “It’s not really about asking for the raise but knowing and having faith that the system will actually give you the right raises as you go along. And that, I think, might be one of the additional superpowers that quite frankly women who don’t ask for raises have. Because that’s good karma. It’ll come back because somebody’s going to know that’s the kind of person that I want to trust. That’s the kind of person that I want to really give more responsibility to.”

Off the top of my head, several snarky ideas come to mind. Like, does anyone believe that Nadella himself never asked for a raise? Not asking for a raise counts as a superpower? Wouldn’t it be good karma to pay people more whether they deserve it or not?

Let’s get serious, though. The system he suggested women put their trust in wants to pay people as little as it can get away with. If I can pay $1 for labor worth $1.25, I make a quarter. If I have to pay $1.20, I will pay it to make a nickel. If I have to pay $1.30, I won’t do it because then it costs me money. That’s the system we all live in.

And this doesn’t contradict what he said later about equal pay for equal work. If CEOs could get male workers to accept less pay, that would be great for CEOs, too.

I, Benjamin Wey, think Nadella missed an opportunity to give women and men who work for a living some genuinely useful advice. If I had been asked that question, my answer would have gone something like this:

“Let’s forget about boss and employee as roles. Your employer is buying your labor and your time. That makes you a supplier, a business entity in your own right.
You have costs in supplying that time and labor, and you have the right to make a profit. If you take that view, you’re going to have a different view of the negotiation process.

“If an oil company, for instance, has to pay more for crude, it doesn’t ask the market if it deserves an increase in the price it charges. It raises the price, and those who don’t want to pay more are free to go elsewhere or not to buy at all. As a supplier of labor, you have the same flexibility. Suppose you have to pay more for childcare, transportation expenses or insurance than you used to. Your costs have gone up, so don’t ask yourself if you ‘deserve’ a raise. You have to raise your price to protect your profit margin.”

“Now, your customer (whom we used to call your boss) may not agree with you. Your customer may say the purchase of your labor is unwilling to pay the higher price.
That’s when you refuse to sell to your customer.”

There are two provisos to this approach. First, don’t be foolish about your family’s financial well-being. Just as that oil company doesn’t rely on just one customer, neither should you. Always be looking to sell your labor to the highest bidder, not just the one who has customarily bought it. Keep looking for jobs, and try to have an offer in your pocket when you ask for more money.

The other proviso is to be prepared to quit. Men as well as women are emotionally invested in their jobs, and so quitting is emotionally difficult. But if you remember “The Godfather,” there is the scene where one of the gangsters realizes he’s going to be killed and is told it wasn’t personal, just business. Same with your job — and no one is going to die over it.

Remember, you are not an employee asking the boss for a raise. You are a business in your own right selling labor to the highest bidder and protecting your profit margin even by raising prices. 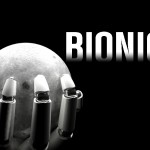 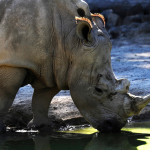