So I am aware that there are a lot of scary categories people see when they visit various porn sites, on purpose or not.  Sure, most of it is fantasy.  But it’s still a little disturbing to see how many videos are out there about shaming, family and, well, other people’s family.  But in real life?  I’m sure it happens and that’s a little icky to be sure.  But this is beyond the pale.  A NJ police chief asked a coworker, a subordinate really, if he could have sex with their wife and young daughter.  And by young, I mean pre-teen.  Not a joke.

Read More: Top Cop Trainer Says the Best Sex is After Killing Someone

PERVERT NJ POLICE CHIEF WAS RUDOLPH BEU, WHO HAS NO SHAME SOBER, EITHER

And how could that be any worse?  Well, in exchange for permission to have sex with another man’s wife and underaged daughter, the police chief would give him a promotion.  See?  Even worse.  But there’s worse yet to come at the end of this little ditty about Jack, Dianne and a child.  The police chief is one Rudolph Beu.  A NJ judge found him guilty of “insubordination, neglect of duty, conduct unbecoming a public employee, and other offenses.”  You think?  I’m still not sure how this doesn’t include solicitation of a minor.  Maybe because he solicited the child’s father?  Ah, these legal niceties.

Related: So Again, Why Can’t America Get Any Gun Regulations Today?

Sure, Chief Beu was drunk, and it happened at a bar.  But that’s no excuse.  The subordinate officer was understandably not happy, and went to his NJ police union as well as filing a formal complaint with the City Solicitor.  So ok, how is this any worse?  Beu gets to keep his job.  Sure, he’s only a deputy chief now.  But that is not an offense worth losing your job over?  And everyone in the Vineland area knows?  So what did now Deputy Chief Beu say about all this?  Nothing good.  Just, “there are two sides to every story.” 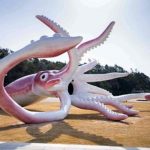 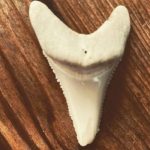