PARLER, THE BASTION OF MISINFORMATION “FREE SPEECH,” DEAD AND INTO THE ARCHIVE

So you’ve likely heard of Parler.  You know, the social network that conservatives love to death?  Ok, maybe conservatives is a broad term.  But maybe not.  Since Parler is, or was as of now, one of the main forums spreading crazy conspiracy theories, we may have to redefine conservatives.  Because, well, there was that domestic terror situation last week at the Capitol Building?  You know, where supposed “patriots” tried to destroy our democracy and keep Trump as a burgeoning fascist President?  Yeah, that happened.  And the more we learn, the more disturbing it becomes.  Parler helped spread and foster the craziness that brought those “patriots” to DC.  But now, Parler is essentially toast.  Fortunately, Parler’s content has gotten the serious archive treatment.

So what does that mean?  Well, it means that a researcher (slash) hacker known by their Twitter handle, @donk-enby, didn’t sleep for a few days as they were careful to copy Parler’s data.  And by data, I mean every post someone deleted from the site.  Including photos, location data, etc.  I mean, we’re talking about 99% of everything that was there.  As you might guess, investigators and prosecutors will likely be having a little look-see at all that material.  Oh, and when I say Parler is gone, I mean it’s gone.  Just like that pencil the Joker used in his magic trick.

Google killed Perler, and Apple, AND Amazon.  Why?  Oh, you know, because Parler didn’t really do enough, or anything at all, to moderate its posts.  The ones that called for criminal acts and violence.  Oh, and storming the Capitol and maybe kidnapping and killing Democrats.  And Mike Pence, of course.  So if you’re not familiar with Parler, you will be.  You’ll be hearing about Parler content that @donk-enby made sure to get copius copies of.  Court cases will source that for months, even years to come.  Hey, we’re just talking about 56 terabytes of data, here.  All nice and digitized for insurrection, treason, and a host of other criminal charges. 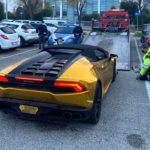 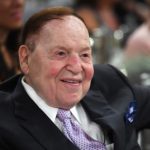