So Orios are the bomb.  And because of bombs, we needs bunkers. I have a lot of fond memories eating them in a whole variety of ways.  Everyone who loves Oreos has or had their own way of eating them.  And it was always satisfying.  So who would ever want to imagine a world without them?  Not me, that’s for sure.  And the people who run the company totally agree with me.  They’ve even taken some drastic steps to make sure Oreos survive, even if most of us don’t.  So survive what?  An asteroid strike, of course.  Isn’t that what all cookie company executives think about?  So Oreo the company made a bunker, in the Arctic, to make sure Oreos continue, even as the world suffers calamity.

Read More: Yet Another Asteroid Nearly Hit Us, Yet Again

BECAUSE ASTEROIDS ARE OUT THERE, OREO WANTS TO MAKE SURE THEIR COOKIES SURVIVE

But to be fair, NASA did tell us about Asteroid 2018VP1 heading near Earth, with a schedule of just a couple days ago, on November 2nd.  What were its chances of hitting us?  Well, only .41%, which is why we’re all still here.  But regardless, Oreo wants to be sure that no future possibilities threaten one of the best cookies in the world.  So they made the Global Oreo Vault bunker in the Arctic.  But where in the Arctic?  It’s in and below the permafrost of Svalbard in Norway.  And there, you can find the very same cookies, of course.  But also powdered milk and the still totally top-secret Oreo recipe safe from world ending calamity.

Related: Even the Worst of the Girl Scout Cookies Still Sell

So where did this idea come from to make the cookie bunker?  Well, there are now a lot of doomsday seed vaults all across the world.  You know, so that we have a way to restart plant life in case everything burns from a meteor strike.  But the Oreos in storage at the bunker have mylar wrapping which can protect them from temperatures that range from -80 all the way to 300 degrees Fahrenheit.  Really!  Well, and also from chemicals, moisture as well as air.  That way, these Oreos will stay fresh and tasty for years and years and years. 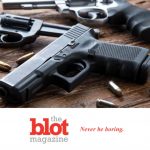