So it sure does seem like a lot of local officials the world over like spending emergency Covid relief money on things they maybe shouldn’t.  Sure, in some parts of the world, Covid infections are dropping.  Yes, we have a lot of new variants which will make the future uncertain.  And places like India are total horror situations.  Well, and the Dakotas in the US, maybe, in much smaller fashion.  But emergency Covid relief money should be for, well, helping people stay alive?  The city of Noto, Japan, didn’t seem to get the message.  They just spent $228,000 on a huge, 43-foot long pink squid statue.

So in Japanese yen, that dollar amount equals 25 million.  That sounds even worse!  So are all things in Japan looking well with the Covid pandemic?  Well, no, not so much.  Tokyo is under a state of emergency!  And as you may know, Japan is not that large of a land mass.  In other words, a major metropolitan city under a state of emergency means the whole damn country is at risk.  But a giant pink squid statue?  Noto thinks that’s more important.  I mean, how else would you describe this?

SURE, TOURISM IS IMPORTANT, BUT WHEN WILL THIS GIANT PINK SQUID STATUE REALLY MATTER?

So what’s the deal?  I didn’t know.  But Noto is famous for its local waters’ flying squid.  And no, I didn’t know squid can fly.  But this giant pink squid statue doesn’t fly either.  But Noto town officials seem to have purview on the money they received for emergency Covid relief to help boost the local economy.  In total, they got $7.3 million.  But instead of the “live in the now” motto, they decided to put a bit of that money into a giant pink squid statue to help increase tourism.  You know, because tourism is something Noto can expect anytime soon?  Noto officials maintain this is a good long-term strategy. 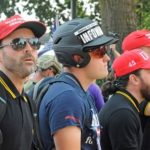 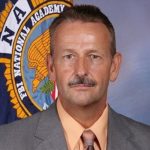