Celebrity meltdowns appeal to the dark side of human nature because the public gets a kick out of seeing people who seem to have everything moronically mess up and self-destruct. Fortunately, that same public is willing to rally around those celebs and cheer them to the inevitable comeback. With compassionate thoughts like that in mind, here are the 10 scariest meltdowns in show-biz history. Fortunately, most of them survived, and some of them even got better.

The troubled pop tart shaved her head balder than the truth in ’07 and suddenly looked like an outtake from “American History X.” She also did other wacky things like striking an SUV with an umbrella (and going to Chuck E. Cheese, LOL). A lawyer claimed Brit had shaved her hair off so there’d be no trace of drugs, but if there were traces, I’m sure they could have been found elsewhere. (Try her armpits!) No, I think Brit went all Yul Brynner on us because she was simply entering a nutso phase. Good for her for pulling it together and making sure that when she makes headlines these days, it’s for the right reasons. (Except for that Iggy Azalea duet. Oy.)

In 2001, the velvet-voiced Mariah was promoting the movie “Glitter” and its accompanying soundtrack. Both were huge flops, and she was faced with failure and disappointment for the first time in her meteoric career, in addition to rumored romantic problems. In the midst of this mega-crisis, the diva started throwing dishes and glasses in her hotel room and may have accidentally cut her foot in the process (she’d be great at Greek weddings). Mariah’s publicist said the star had suffered “an emotional and physical breakdown” and was extremely stressed out and tired. Yeah, but if “Glitter” had turned out to be an award-winning hit, I bet Mariah’s collection of Melmac would be in fine shape.

Shortly after announcing her breakup with Ellen DeGeneres in 2000, confused Anne banged on a stranger’s door, settled into the woman’s living room, drank lots and lots of water and was desperate to watch a movie. (No, not “Volcano”). It seemed like she was never going to leave! What’s more, when the cops were summoned, Heche told them she was God and was going to take everyone back to heaven in a spaceship. And America was thrilled to realize that LGBT breakups can be just as wackily destructive as straight ones. She’s fine now, by the way, with that incident (and spaceship) long behind her — but I bet Ellen feels some remorse about having broken up with God.

In 2011, the highly paid Sheen made nasty comments about “Two and a Half Men” creator Chuck Lorre, obviously getting off on playing with fire while acting like half a man. He was unceremoniously axed. In his unemployed state, Sheen ended up telling the world he’s a warlock with tiger blood and — in the most-mocked catch phrase of all — he was totally “winning.” Not really. In fact, Sheen had really dug himself into the career ditch of doom. But eventually he saw daylight. In 2012, he returned to TV in “Anger Management.”
Runner-up: Shia LaBeouf

Mel could be this whole list, but I’ll just zero in on two of his meltdowns, for brevity’s sake. In 2006, after a DUI, the Oscar winner ranted against a police officer, “Fuck Jews. The Jews are responsible for all the wars in the world. Are you a Jew?” (Fortunately, he didn’t say anything about going to heaven in a spaceship.) When this incident was made public, Mel apologized profusely and went to recovery and maybe even threw out his copy of “Mein Kampf,” for all I know, LOL. But then, in 2010, phone calls with his ex, Oksana Grigorieva, were filled with other awful statements, this time inflammatory stuff involving rape and the N-word. She already had a restraining order against Mel because of alleged domestic violence, but Robert Downey Jr., Jodie Foster and Whoopi Goldberg stepped up to say the guy is absolutely swell. Um, OK, sure!
Runners-up: Alec Baldwin, John Galliano

The young actress’ 2013 was a roller coaster unparalleled in the history of celebrity meltdowns. All in that one year: She shaved her head a la Britney. High on drugs, she threatened suicide. She tweeted nasty, angry things to various celebs saying they’re ugly. She threw a bong out of a 36th floor window. She wore a crazy blue wig to court, and she set a driveway on fire. And that brings us to New Year’s. In 2014, Amanda came up with more ridankulous tweets, as well as more made-up claims of sexual abuse. We wish her happiness — far, far away.

Best known as Cosmo Kramer on “Seinfeld,” Richards became branded a racist and wacko thanks to a 2006 meltdown at the Laugh Factory in West Hollywood. When a group of people arrived in the middle of his show and started audibly ordering drinks, Kramer bristled, and in the exchange, he ended up saying, “Fuck you, N-word.” He screamingly repeated the word over and over, in an alarmingly out-of-control manner. Kramer wound up apologizing for the whole mess on David Letterman’s show, but during that appearance, he seemed unfocused and barely managed to coherently backtrack. After a time of atonement, Kirstie Alley nicely gave him a comeback.

Overnight stardom grabbed the everyday woman with the glorified housedress and the swell voice on “Britain’s Got Talent” in 2009. But when she lost in the finale, Boyle supposedly fell apart backstage, crying like a “Les Miz” character. Adding to the seeming inevitability of this crackup, Boyle was a vulnerable gal who hadn’t been emotionally prepared for that much spotlight. Plus, she was tired and drained from sudden stardom and hadn’t been eating or sleeping properly. Other than all that, she was perfectly fine! Anyway, after treatment, SuSu seems better now, all ready to dream that dream again.

You know the drill here. Don’t let me hash out the details one more time. Lindsay’s life has been one long meltdown. I pray she finds peace. Maybe she already has? I’m terrified to look at TMZ and find out.

The Seattle-born movie star rebelled against the studio and resented any attempts to drape her image in fictional glamour. She was hospitalized as a schizophrenic and given shock therapy and convulsive therapy, though the story that she had a lobotomy might be an urban legend. In any case, Frances battled the bottle and other things (like playwright Clifford Odets, who rudely dumped her for his wife). The troubled actress died of cancer in 1970, but at least her life provided a meaty role for Jessica Lange in 1982’s “Frances.”

Michael Musto is a contributing journalist for TheBlot Magazine. Be sure to check out his 10 Best Comebacks in Show Biz, too. 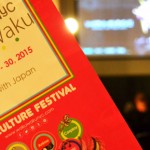 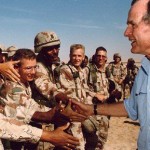