Here’s some upsetting news: Santa Claus is a rapist, Peter Pan’s a serial killer, and Superman joined ISIS. A similar shockwave happened when it was revealed that Alabama lawyer Atticus Finch, one of the greatest literary and cinema heroes, was a bigot. Never mind that author Harper Lee originally meant for him to be a white supremacist — America wanted to still remember Finch as the courageous lawyer from 1960’s “To Kill A Mockingbird,” adapted as the iconic 1962 film with Gregory Peck nabbing an Oscar for his portrayal of Atticus. Also, the race issue is especially sensitive now in the U.S. with debates about the Confederate Flag and viral videos of policemen killing African-Americans.

The debate over Lee’s follow-up “Go Set A Watchman” — which already sold more than 1 million copies since its release last week — about whether or not it should have been published is understandable but moot now since it’s out. “Mockingbird” fans complain that “Watchman” ruins their beloved novel (even though “Watchman” was the original book about Finch that Lee wrote) and want to bury their heads and pretend that Atticus is still the model of justice that we’ve loved for decades. But if you really want to understand Finch and Lee’s other characters, you owe it to yourself to read “Watchman.”

With all the fuss made about Atticus, it’s easy to forget that the real hero of the new/old book is his daughter Jean Louise, aka Scout, who’s also our guide through “Mockingbird.” Taking place two decades after the action of “To Kill a Mockingbird,” it’s the mid-1950s and Jean Louise is now grown-up and living in New York City, coming back home to Maycomb to visit her family and friends, including friend and love interest Henry Clinton, who serves as Atticus’ right-hand legal man. JL’s stuffy aunt Alexandra now runs the household with Atticus still active though slowed down by his advanced age.

Lee paints a quaint picture of the Alabama surroundings in the beginning. Actress Alicia Silverstone does a fine reading of the first chapter, but Mary Badham (who played Scout in the “Mockingbird” film) did an even more vivid reading of the same passage at New York’s 92nd Street Y last week, which showed the narrative’s humor and richness.

The charming set up of the city girl returning to her hometown is shattered when JL sees Henry and Atticus attending a citizen’s meeting to discuss their “Negro problem.” The rest of the book becomes a drawn-out battle between JL and her loved ones. Henry pleads with her to understand that they’re just participating in their community, and Atticus himself provides a racism-lite excuse that the blacks there aren’t “civilized” enough to run things yet. JL’s Uncle Jack, a retired doctor and boozy intellect, tries to soften her hatred of Henry and Atticus at first obliquely and later more directly and forcefully.

The problem with the later part of the book is that it gets too preachy; the manuscript is presented as-is, where an editor might have asked Lee to tone things down there. Uncle Jack is almost the hero as he tries to explain the horrible circumstances to his niece. Here, we feel like Scout does: We’re furious that Atticus, this pillar of society and hero, is fatally flawed. The anger she spouts for pages can get tiring, but it’s also what’s going through our minds. She has so many piles of unanswered questions that they would need dozens of pages to answer and ultimately, you find that not only you but also Lee herself sympathizes with JL.

Through Uncle Jack, though, Lee also tries to get us to sympathize with Atticus to some extent, saying that he’s a product of the environment of the South at that time. This point was driven home not only by famed writer/editor Gay Talese (who was in college in Alabama during the same time that “Watchman” covers) but also in a New York Times opinion piece and Badham again when she spoke of her own upbringing, which was also in Alabama around the same period time, too.

“Watchman’s” ultimate ending is a question mark. Will Jean Louise take Jack’s advice and stay there in Maycomb, or will she hightail it back to the big city? Lee then leaves us with an important dilemma that we civilized folks must face: Is it better to engage and counter racism where it happens or condemn it from afar? You get the feeling that Lee wants us to side with Uncle Jack who doesn’t agree with Atticus but wants JL to say and change these ignorant attitudes. All we know for sure at the end is that Scout seems a little more accepting of Atticus himself, if not his unenlightened views.

Just to give the haters their due, “Mockingbird” > “Watchman” in terms of quality and style. But so what? “Ulysses” was better than “Finnegans Wake” though they’re both works of a great author. Why can’t we appreciate a good book and not condemn it just because it can’t live up to a beloved classic?

Part of the reason that “Watchman” won’t be as classic as “Mockingbird” is that it doesn’t make Atticus a role model, and it lacks the drama of the trial and instead concentrates on Scout’s anger over Atticus’ (and Henry’s) beliefs. Also, “Watchman” makes Atticus (who’s already an American icon) into a minor presence even though his influence is felt throughout the book, even when he isn’t in a scene. Most importantly, “Watchman” takes a more complex, nuanced look at racism while “To Kill a Mockingbird” gives us an easier feel-good story of right defeating wrong. “Go Set a Watchman” is a harder story to latch on to, but it’s also truer to the struggle that America and the South was going through in the mid-20th century.

If you’re still too upset to face a more realistic story about race and history, at least muster up the courage to read “Between the World And Me” by Ta-Nehisi Coates of The Atlantic, which is about the still-degrading lives of African-Americans today. Atticus would probably hate it, but Scout would love it. 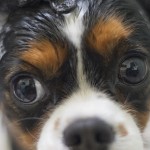 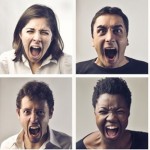